Women under the Sign of the Cross. Armenian Benedictine Nuns and their Spirituality 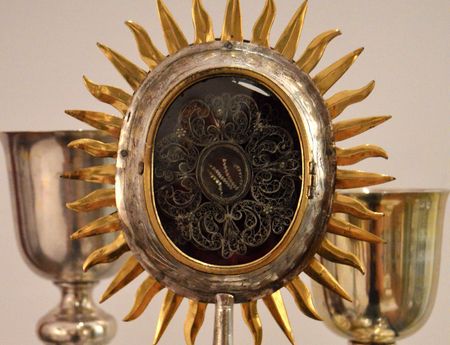 The exhibition 'Women under the Sign of the Cross. Armenian Benedictine Nuns and their Spirituality presents the unique spiritual culture of the female Catholic monastic community which was established at the turn of the 17th and 18th centuries in Lviv among the local Armenians. It illustrates the cultural heritage of one of the most active ethnic minorities in former Poland and shows the participation of women in its creation.

The monastery of Armenian Benedictine nuns existed at the Armenian Cathedral in Lviv until 1946 and its traditions are now being continued by a community of Latin Benedictine nuns in Wołów in Lower Silesia. The exhibition will present artefacts which have been unknown to a broader public, or even not exhibited at all, related to the history of the Armenian Church, including a gallery of oil portraits of Armenian abbesses, a part of the heritage of Polish borderlands' art created from the 18th to the early 20th century (currently owned by the Foundation of Culture and Heritage of Polish Armenians). Taken by the nuns to Poland after the Second World War, it was stored for nearly seven decades in the form of rolled canvases in the attic of the Wołów monastery. Only in recent years has it been brought out of obscurity and carefully restored at the Jagiellonian University Museum.

In addition, the exhibition will feature a facsimile of the Skevra Evangeliary (Kingdom of Cilicia), considered a priceless, sacred monument of Armenian writing from the end of the 12th century, as well as the oil painting Prayer in the Steppe (1893/1894) by Józef Brandt from the collection of the National Museum in Warsaw, inspired by portraits of abbesses, as well as reliquaries, monstrances, chasubles, old prints and documents, and other exhibits.

During the opening event, a collective monograph will be presented entitled Women with Pastorals. Portraits of the Abbesses of the Armenian Benedictine Monastery in Lviv: History, Contexts, Preservation. The monographic work was edited by Professor Andrzej A. Zięba and published by the Academic Bookshop in Krakow.

The opening event will take place on 12 August at 15:00 in the Jagiellonian University Museum.