The European Pharmaceutical Students' Association (EPSA) represents more than 120,00 students from 32 European countries. The Association’s main objective is " to develop the interests and opinions of European pharmacy students and to encourage contact and co-operation between them." To achieve this objective, EPSA, which was founded in 1982, has been: 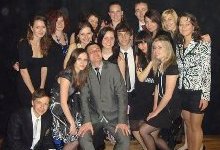 This year the Annual EPSA Congress took place in Kraków. Members of the “Młoda Farmacja” Student Section of the Polish Pharmaceutical Association were asked to join the organizing committee. The Congress was attended by more than 285 students, PhD students and junior pharmacists from 25 European countries. It was also attended by guests from Canada and Egypt. The main theme was “Patents, Generics and Counterfeit Medication – Challenges to Modern Pharmacy.”

Apart from  a general assembly of the delegates , there were many different educational programmes run at the Congress. There was also time for evening entertainment in Kraków student clubs.

A new governing body of the EPSA was chosen, which will supervise the Association activities in the coming year. Anette Aaland Krokaas, a fourth year student from the faculty of Pharmacy at the University of Oslo was chosen the president. 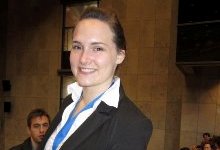 On Tuesday, April 27, The Congress Symposium commenced with a lecture given by dr Barbara Zimmer from the European Patent Organisation on the procedure of patent granting. Next dr Elżbieta Wyska from the Jagiellonian University  Faculty of Pharmacy talked about  the bioequivalence of generic and original medicine.  Colin Mackay from The European Federation of Pharmaceutical Industries and Associations (EFPIA) discussed the role of research and the need to introduce innovative medication in the European Union. Dr Claude Farrugia from the European Industrial Pharmacists Group (EIPG) and Giovanni Mancarella from the Pharmaceutical Group of the European Union (PGEU) presented current methods of preventing counterfeiting medication and introducing them on the market. Finally, Monika Derecque-Pois, the Director General  of the European Association of Pharmaceutical Full-Line Wholesalers (GIRP) talked about security measures that should be taken in transporting medication from the producer to the pharmacy.

The Congress concluded with a gala at the Salt Mine in Bochnia, during which new board members of  the EPSA were introduced and certificates of attendance were presented. More information on EPSA can be found at: www.epsa-online.org