Irena Sendler Memorial Award for a scholar from the Jagiellonian University 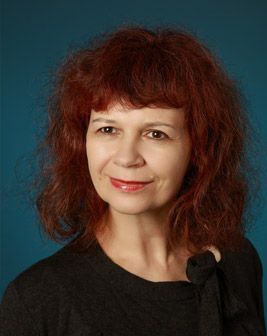 The award is granted annually to non-Jewish Polish men or women who have worked to preserve Jewish heritage and foster Jewish cultural renewal in Poland. It was created in 2008 by the Taube Foundation for Jewish Life & Culture in memory of the late Irena Sendler, a "Righteous Gentile" who courageously saved 2,500 children from the Warsaw Ghetto during World War II. This year's award was announced on May 12, the fourth anniversary of Sendler's passing.

"These outstanding academics each exhibit an unwavering dedication to the preservation of memory and the promotion of dialogue between Poles and Jews that has fostered the rebirth of Polish Jewish life since the 1989 fall of Communism," remarked Tad Taube, Honorary Consul for the Republic of Poland and Chairman of the Taube Foundation for Jewish Life & Culture.

Dr. Ambrosewicz-Jacobs recently spearheaded the inauguration of a Masters Program in Holocaust Studies at the Jagiellonian, which is a joint program of the Center for Holocaust Studies and the Institute for European Studies. This pioneer program is the first of its kind in Poland. In addition, she facilitated the addition of a course on the Holocaust for medical students at the Jagiellonian University Collegium Medicum.

Currently, Dr. Ambrosewicz-Jacobs is on a yearlong fellowship at the US Holocaust Memorial Museum in Washington, DC, where she is researching the development of education about the Holocaust in comparative context and doing empirical studies on attitudes towards Jews and memory of the Jewish past.

She received a Ph.D. in Humanities from Jagiellonian University and was a Pew Fellow at the Center for the Study of Human Rights at Columbia University, a visiting fellow at Oxford University and Cambridge University, and a DAAD fellow at the Memorial and Educational Site House of the Wannsee Conference. Dr. Ambrosewicz-Jacobs is the author of Me – Us – Them. Ethnic Prejudices and Alternative Methods of Education: The Case of Poland (Cracow: Universitas, 2003) and Tolerancja. Jak uczyć siebie i innych [Tolerance. How to Teach Ourselves and Others] (Cracow: Villa Decius, 2003, 2004).

The award will be presented in person at the Kraków Jewish Culture Festival on July 4, 2012 by Hon. Tad Taube, Chairman of the Taube Foundation for Jewish Life & Culture and Honorary Consul for the Republic of Poland in the San Francisco Bay Area, and Shana Penn, Executive Director, at an official celebration.