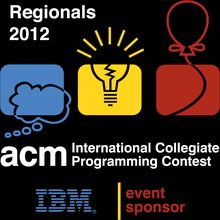 JU Students - Jakub Adamek, Grzegorz Guśpiel, and Jonasz Pamuła received the second award. The first award went to Comenius University, Bratislava, whereas the third – to the team from the University of Warsaw.

These three teams will take part in the world finals of the oldest and the most prestigious programming competition in the world –  ACM International Collegiate Programming Contest in St. Petersburg in summer 2013.

JU Students, supervised and tutored by Prof. Paweł Idziak have entered the world finals for the 7th time. In 2006 they received the first prize and five years later – the third one.