Training your brain. Physical activity and its effects on neuroplasticity 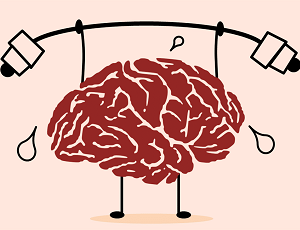 Over the course of millions of years of evolution, intense physical activity was an integral part of human condition due to our hunter-gatherer lifestyle, contributing to the development of our cognitive abilities. Contemporary observations confirm this relationship: physical exercise stimulates the growth of our neural networks, synapses, and even new neurons. Below you can read a short version of a lecture by Prof. Filip Rybakowski from the Poznan University of Medical Science.

What physical activities did our ancestors perform? For starters, hunting for food, running from predators, and chase sexually attractive partners. These were nothing out of the ordinary – they shared them with many other species of animals. Their true evolutionary success, however, came from adopting a hunter-gatherer lifestyle, which eventually led them to becoming bipedal and allowed for further development. From that moment, navigating, teamwork, scouting, and tracking prey further stimulated the enlargement of their brains. Unsurprisingly, larger brains required larger amounts of energy, so our ancestors were compelled to seek food in order to sustain them. And how do you find more food? Obviously by moving around. This self-perpetuating process made us what we are today.

Active under pressure, lazy by nature

If this is true – if physical activity allowed for such an extensive development of our brains – then why do so few people today exercise regularly? Well, to put it simply: living organisms measure their evolutionary success by procreating and spreading their genetic material. To attain that (rather difficult) goal, they need a lot of energy, so they must be very careful about how they spend it. Saving one’s strength and rationing energy is necessary for survival. And that instinct is encoded in us even deeper than the evolution-induced tendency towards physical activity. So if active lifestyle contributes positively to the neuroplasticity of our brains, does it diminish when we're more passive? The answer is yes: without regular exercise, our brains will not develop properly. contrary to what some may think, increased intellectual activity is in fact not as stimulating as physical effort.

Currently, we as a society suffer from a number of diseases of affluence. We're also constantly exposed to stress. Most of us have already forgotten that its original purpose was to mobilise our organism to fight or flee (which are, again, physical activities). Research shows that people who regularly exercise rest more peacefully – they don’t exhibit an increased  stimulation of adrenal cortex. Though these people are subjected to the same psychosocial stressors as others, scientists found out that they are much less detrimental. In other words, a fit person’s organism is less likely to hurt itself in stressful situation.

What’s more, regular exercise results in the body producing antioxidants, reducing oxidative stress. This defensive mechanism makes one more resistant to Alzheimer’s. However, it’s important to note that this is only true for regular physical activity, and not one-time visits to the gym, which are actually more harmful due to formation of free radicals in our bodies. Short intensive bursts of activity have a bit different effect, because in those cases glucose is processed without oxygen, as the cardiovascular system can’t keep up with delivery. The result is lactic acid, which is currently speculated to be able to enter our brain through our blood and act as antidepressant. What’s more, intensive physical exercise leads to almost a hundredfold increase in the concentration of interleukin 6 (IL-6) in our body, which counteracts chronic inflammations. In a sense, exercise has a healing effect on us.

A sound mind in a sound body

Neuroplasticity deficit is related to many psychological disorders, most often depression. The positive impact of exercise on our mood was recognised long before there were any official criteria that classified depression as a mental illness. Modern research suggests that physical activity as effective in combating it as pharmacotherapy and psychotherapy. Additionally, it was established that just one hour of intensive physical effort reduces the number of depression cases by 12%. It’s a solution to a global problem which we caused ourselves by neglecting physical activity.

Homo sapiens owes its evolutionary success to radical changes in the structure and functioning of the brain. One of the most important factors in its development was physical activity. Contemporary societies that minimise the amount of regular exercise unwittingly contribute to a global rise of depression and health issues. It’s worth to remember how crucial it is, so we don’t squander what we earned during the thousands of years of evolution.

The lecture was delivered as part of the Brain Awareness Week 2019.