Drug resistance – a global problem of the 21st century 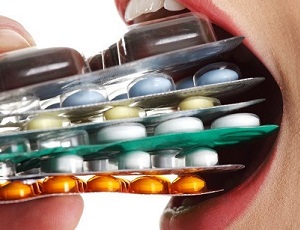 Diseases and other health related issues are indiscriminate and can affect everyone, no matter their age or environment. Currently, one of the most serious threats to our health is the risk of infection by harmful microbes that have become resistant to commonly used antibiotics. We asked Prof. Jadwiga Wójkowska-Mach from the JU MC Department of Bacteriology, Microbe Ecology and Parasitology to tell us more about the underlying causes and consequences of drug resistance.

When we talk about drug resistance in microbes, we’re thinking of a phenomenon which makes microorganisms such as bacteria, viruses, parasites, and fungi resistant to medicine, including antibiotics. Drug resistance can be either intrinsic, e.g. resulting from the internal structure of microbial cells, or acquired, i.e. caused by human activity. How did we manage to have such a profound effect on microorganisms?

For nearly a hundred years, we’ve used antibiotics to cure diseases and save lives. They fight bacteria by either killing them or hampering their growth and reproduction. However, the number of people using antibiotics has grown dramatically over the years: in just the first decade of the 21st century the use of antibiotics in developed countries has risen by 36%!

Drugs in our food? 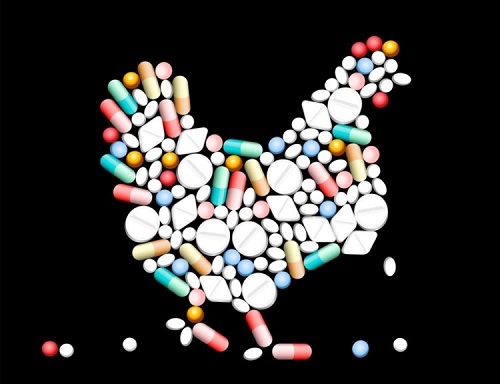 What’s the scale of this problem? Based on the data provided by the World Health Organisation, the Food and Agriculture Organisation of the United Nations has calculated that every year doctors have difficulty helping as many as 700,000 people infected by super-resistant bacteria.

Now there’s a good question: why does the UN the Food and Agriculture Organisation investigate the problem of drug-resistant bacteria? This is because antibiotics are not used exclusively to treat humans, but also animals, which further aggravates the problem. Shortly after administering antibiotics to livestock, the meat of the animals is consumed by people, while at the same time significant amounts of manure still containing traces of drugs are dumped into the environment. Therefore, overuse of antibiotics and drug resistance are no longer a minor public health concern, but rather a serious issue that must be addressed by policymakers.

Every instance of use of antimicrobial medicine might contribute to the problem of drug resistance. Excessive use of drugs only helps pathogens develop resistance more rapidly. But what do we mean by excessive use? For one thing, using antibiotics when it’s not truly necessary. In particular, such measures are ineffective against viruses responsible for 90% of infections of upper respiratory tract, but regardless of that, a lot of people use antibiotics when they try to treat the flu and other similar illnesses. Taking medicine in the wrong dosage or at improper intervals are also major factors here. Therefore, patients should follow doctors’ instructions to the letter, while also refraining from self-medicating by, for instance, taking leftover drugs from previous treatments.

It’s important to stress that pathogen resistance to antibiotics might occur both in patients in hospitals and outside of them. contrary to what some may think, the former is more dangerous, as people in hospitals are much more exposed to microbes, and their already struggling immune system might be more susceptible to infection. To prevent yourself from unintended consequences of visiting the hospital, it’s worth to remember to keep a good personal hygiene.

What else can we do to minimise the risk of appearance of new drug resistant microbes? Although it sounds facetiously obvious – do not get sick! Vaccination and hygiene go a long way when it comes to protecting us from infections. We should also consult our doctors and avoid cutting corners when it comes to treatment. One last thing to remember is that antibiotics are not the only and universal solution to our health problems. It is this belief that greatly contributed to the rise of drug resistant microbes that we’re now experiencing.