JU visited by a delegation from the Chinese Ministry of Education 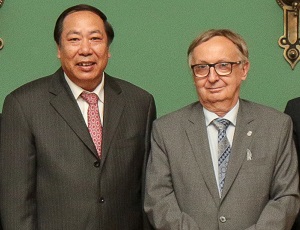 On 27 June 2019 the Jagiellonian University hosted a visit from the Ministry of Education of the People’s Republic of China. The delegation, led by the Commissioner of Supervision Wu Daohuai, was received in Collegium Novum by the JU Rector Prof. Wojciech Nowak.

The Commissioner was accompanied by staff members of different departments of the Ministry, as well as a representative of the Embassy of China in Poland. The Jagiellonian University was also represented by Dr Bogdan Zemanek, Director of Confucius Institute in Kraków, Dr hab. Ewa Trojnar, representative of the Rector’s Proxy for Internationalisation,  Dr Agnieszka Kowalska, Rector’s Proxy for the Introduction of an Anti-Plagiarism System at the JU, Michał Bereziński, Head of the International Students Office, and Dr Katarzyna Sarek from the JU Institute of Oriental Studies, who briefly discussed their work in the context of the ongoing and prospective cooperation with Chinese institutions of higher education.

Wu Daohuai thanked the JU authorities and staff for their devotion and contribution to the Jagiellonian University’s cooperation with China and expressed his hope that thanks to their efforts the existing partnership will be further strengthened and developed.

After the meeting, the Chinese delegation went to the JU Centre of Chinese Language and Culture “Confucius Institute in Kraków”, where they met with the authorities of this university unit. 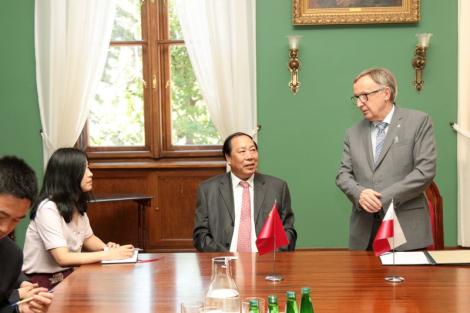 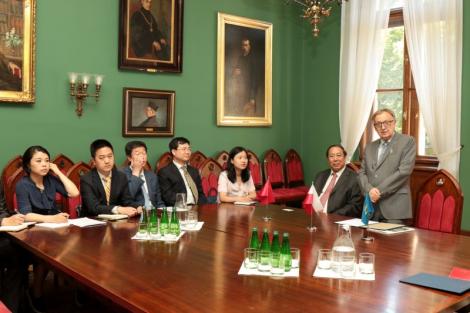 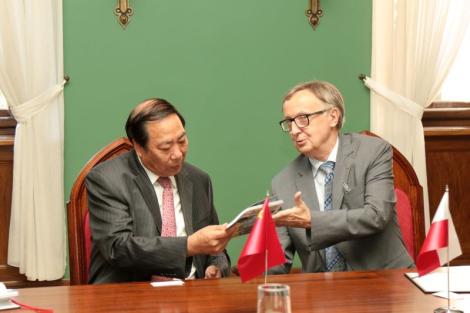 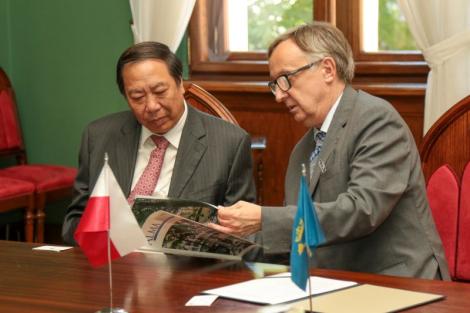 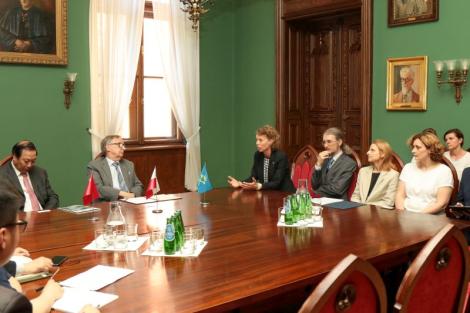 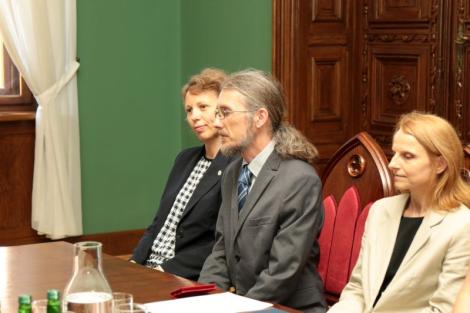 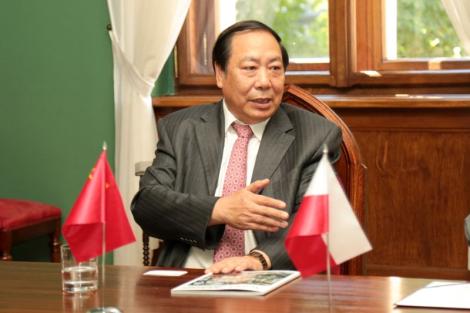 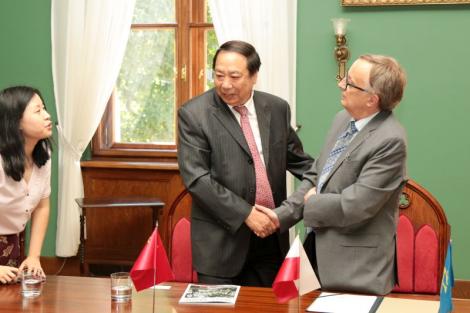 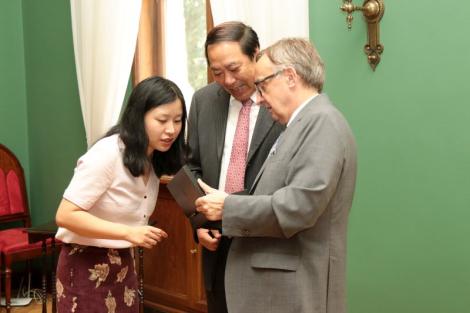 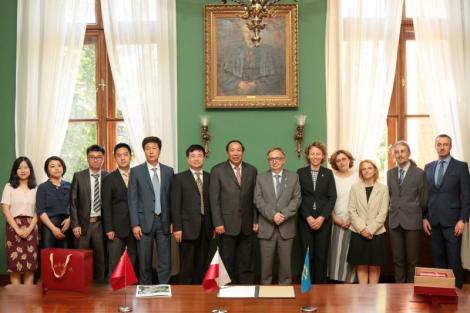 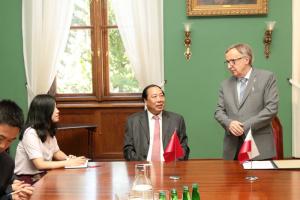 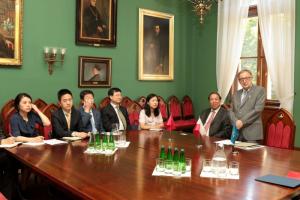 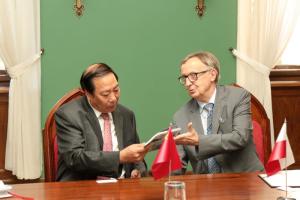 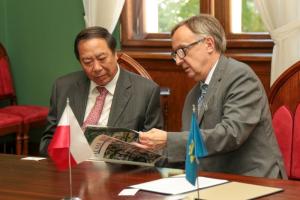 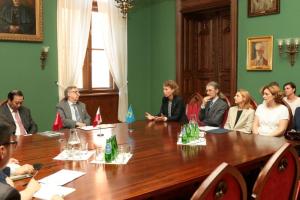 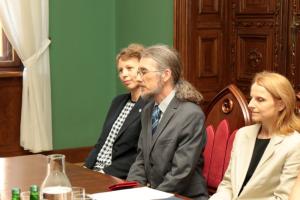 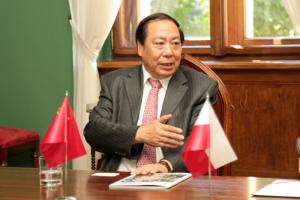 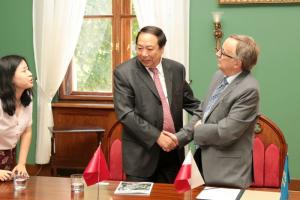 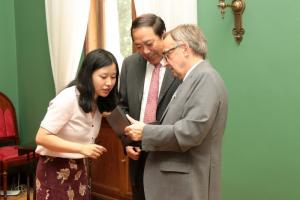 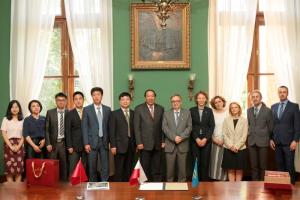