Why is the world built of matter (instead of antimatter)? 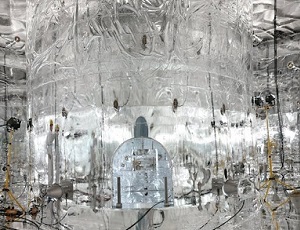 The latest results of GERDA experiment aimed at finding answers to some of the most basic questions of modern particle physics have just been published. The international research project is carried out by scientists from 16 European research institutions, including a team from the Jagiellonian University Institute of Physics. Will the recent discoveries bring us closer to discovering the truth about the origins of the universe?

For many years, scientists have been trying to understand the fundamental laws governing the universe. The GERDA (GERmanium Detector Array) project aims to address the essential questions of modern particle physics: what the absolute mass scale of neutrinos is and whether they are their own antiparticles. Sounds enigmatic? Let’s start from the beginning.

Neutrino – an elementary particle which is electrically neutral and weakly interacts with matter – owes its name to the Italian diminutive of neutron. Similarly to the Italian pet name for ‘dog’ (il cane), which is il canino, a neutron (il neutrone) can be affectionately referred to as il neutrino. The diminutive was invented by Enrico Fermi, who won the 1938 Nobel Prize for discovering new radioactive elements produced from neutrinos and later participated in the Manhattan project, aimed at producing nuclear weapons. An entire group of particles, now called fermions (which also include neutrinos), was named after him. Together with bosons, they comprise all elementary particles, which means that each and every basic particle in the universe is either a boson or a fermion, with the former responsible for carrying energy and the latter for forming physical matter. 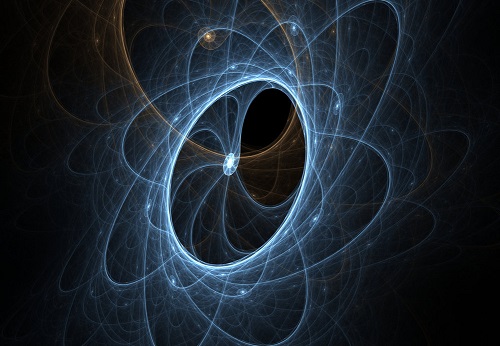 During the first 20 years after the concept of neutrino emerged, these particles existed only in theory, as there was no way to detect them. Such abstract entities, which have never been seen by anybody, aren’t anything special in physics, as many physical relations can only be proved after some time, after patiently waiting for the discovery of experimental techniques capable of demonstrating what has been implied by mathematical equations (as in the case of Einstein’s relativity theory). The existence of neutrino, initially a purely theoretical concept, was empirically proven only in the 1950s. Let’s take a closer look on these enigmatic particles, which have created so much trouble and confusion in the world of science for almost a century.

In 1930 Wolfgang Pauli, the true father of neutrinos, attempted to explain the mysterious loss of energy during the beta decay – a radioactive decay of an atomic nucleus in which the original nucleon undergoes a transformation, accompanied by emission of energy. In accordance with the law of conservation of energy, Pauli proposed the existence of the emission of a new neutral particle whose mass equals zero (or is close to zero) – a little neutron. With the support from Fermi, who wrote mathematical equations for beta decay, neutrino, introduced by Pauli, became a theoretical particle very weakly interacting with the matter (the so-called weak interaction) and remained so until 1956, when Reines and Cowan’s experiment allowed the observation of neutrinos and definitely proved their existence.

As a result of very weak interaction between these particles and matter (because of their electrical neutrality), only one out of a billion neutrinos going through the Earth is able to interact with any other atom encountered on the way. This makes their observation difficult. The fact that they are probably the most common particles in the universe is especially hard to palate for physicists, who still know very little about neutrinos. Even the weight of these particles remains a mystery. One of the most interesting theses in this area was proposed by the Italian physicist Ettore Majorana, who, based on the quantum theory, suggested that neutrino may also be its own antiparticle (known as the Majorana particle).

Physicists are very determined to learn more about neutrinos, because knowing their properties could greatly help in understanding the phenomena that occurred in the universe right after the Big Bang, when the currently predominant matter coexisted with antimatter ‘on equal terms’. Neutrinos play the key role in explaining why the former gradually prevailed over the latter.

The loss of symmetry between matter and antimatter soon after the Big Bang is believed to be caused by the neutrinoless double-beta decay, whose presence would explain why the today’s world is (predominantly) material. The problem is that this decay would violate the Standard Model, which provides a unified theoretical framework for contemporary particle physics.

When researchers try to fit the neutrinoless double-beta decay to the Standard Model, it becomes the standard double-beta decay, in which two neutrons from the nucleus are simultaneously transformed into two protons, followed by the emission of two electrons (the matter) and two antineutrinos (the antimatter), in accordance with all laws of physics, such as the charge conservation and the conservation of quantum numbers. One of them is the lepton number (L=+1 for leptons and L=-1 for antileptons), which is naturally conserved in the case of the “classic”  double decay, but this balance is lost when the neutrinoless double-beta decay occurs. How does it happen?

Assuming the validity of Majorana’s theory, claiming that neutrino is its own antiparticle (and vice versa), a certain hypothesis can be made. When the neutrinoless double-beta decay is approached as two separate and simultaneous decays, each of which results in the production of a proton, an electron and a neutrino, it may be assumed that one of the antineutrinos is “visible” to the second decay as a neutrino and is thus absorbed, that is, eliminated in this process.

A needle in a haystack

Observing the neutrinoless double beta decay that would confirm the existence of Majorana particle is one of the most important research goals of the modern particle physics. The significance of such an achievement would equal that of the discovery of the Higgs boson, which earned Peter Higgs and François Englert the 2013 Nobel Prize in Physics. 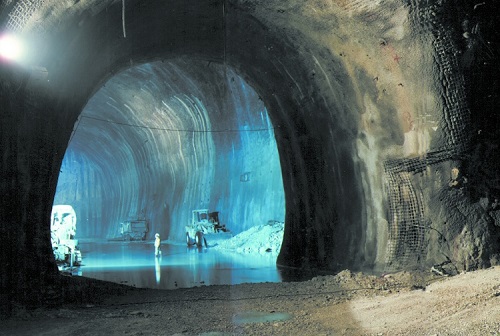 To be able to observe double beta decay, it is necessary to study an isotope that has an even number of protons and an even number of neutrons (otherwise, the decay can't be double), as, for instance, in germanium isotope 76Ge. Such a decay would, however, occur very rarely – only once a year in the case of 18 kilograms of the isotope used in the GERDA experiment. What makes the observation even more difficult is the large number of interfering signals, for instance, from the naturally occurring radioactivity and cosmic rays (collectively known as ‘background’). To eliminate them, the GERDA team uses a detector located in an underground laboratory in Gran Sasso, Italy (photo on the right), placed inside a rock and lined with materials characterised by minimal content of radioactive isotopes.

The latest measurements were conducted with almost no background, which maximised their effectiveness. The fact that no signal from neutrinoless double-beta decay has been observed so far allowed researchers to estimate the lower half-life limit of 76Ge at 1026 years, which means it’s 10,000,000,000,000,000 times longer than the age of the universe. Why is this so important? The half-life can be linked to the effective mass of neutrino (known as Majorana mass) and each attempt to estimate this mass allows to gradually eliminate subsequent theoretical models presenting different versions of the evolution of the universe. This, in turn, brings us directly to learning the truth about its origins and answering the question as to what really caused the division of roles between matter and antimatter.

The mass of neutrino might actually be so small that the GERDA detector will never be able to measure it. That’s why the researchers are working on the next stage of the experiment (the LEGEND project), in which a much larger number of germanium detectors will be used. As a result, the measurement potential will increase tenfold as compared to GERDA, which means that a new groundbreaking discovery could be right around the corner.