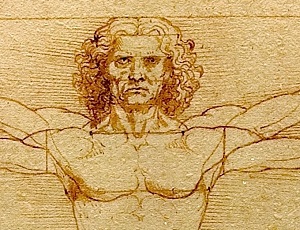 Not everyone finds it easy to delve into subject matter as complex as cognitive neuroscience and behavioural studies. For some, the very idea of exploring these issues seems redundant and pointless, since there is no apparent gain from studying them. Embodied cognition? Situated conceptualisation? What are they and what are they for? Since we’re nearing the upcoming lecture by Prof. Piotr Winkielman dedicated to this topic, a brief introduction is definitely in order.

We’ll start with two very simple examples that clearly illustrate the concepts we’ll be discussing. All we need is a prop – in this case, a ball. And now onto our thought experiment. First, imagine that you’re sitting in a very comfortable chair, fully surrendered to the force of gravity. In that situation, the first attribute of a ball that you’d think of would probably be its roundness. Now, in a rather morbid turn of events, imagine that you’re drowning. Waves are crashing down on you, and it’s becoming harder and harder to stay above water. In that case, if you suddenly thought of a ball, you’d probably instantly realise that it could float. Finally, imagine that you’re trying to push a large stone block off of a mountain. It’s an arduous and time-consuming task, as the block is really hard to move due to fiction. If you thought of a ball in that situation, you’d likely focus on how easy it would be to roll it down the slope.

Another example: water. Imagine it’s a hot summer day and you’re walking through the middle of a city. You’re dripping with sweat. You wish you’d come across a mist cooler. Why? Well, because water is so refreshing. Now think of a long bus trip, also in the summer. Although the air conditioning is on, the next stop is 200 kilometres away, and the last time you had something to drink was a few hours ago and your mouth starts feeling a little dry. If only you had a little more water – it’s so wet! Lastly, imagine now that you’re standing beside a swimming pool in a holiday resort, thinking of buying yourself an ice cream cone. Unfortunately, you drop some of your change into the pool. In order to get it back, you’ll have to fish it out from the bottom. Luckily, the water is transparent. 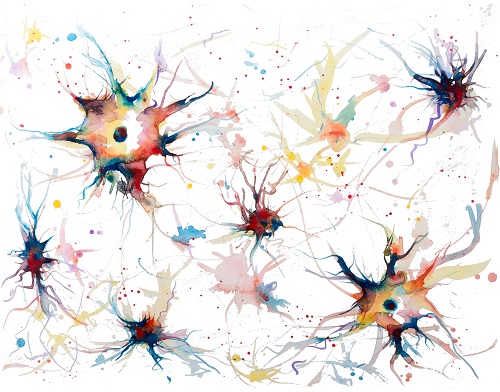 These two examples are the essence of what is called ‘situated conceptualisation’. When we think of an object, our brain doesn’t ‘display’ all of its known properties, but rather ones that are relevant to the situation we’re in. This is to a large degree based on our emotional state. All of this was confirmed by a study – the data that researchers have collected via brain neuroimaging suggest that depending on the context, different emotions may activate different areas of the brain.

This is supported by an experiment in which people were given descriptions of various emotional states that could be divided into two categories. The first one consisted of expressions related to subjective, internal experiences (‘boiling with anger’), while the second was focused on external, observable actions (‘pulling one’s hair out’, ‘wringing one’s hands’). It turned out that, depending on the perspective and the ‘location’ of the experience, a reaction could be observed in different parts of the brain: the ventromedial prefrontal cortex for the internal ones, and premotor cortex and frontal gyrus for the external ones. This means that emotions are not tied to any single part of the brain – they are dependent on the context in which they are felt.

If our thoughts and emotions are directly related to our interactions with the environment – or, to be more specific, our bodies’ interactions with the environment – then it means they are embodied. If that is the case, then the widely acknowledged Cartesian dualism loses a lot of its appeal. Descartes believed the human body and human mind to be two distinct and separate entities: res extensa, the body, serves as a biological base for res cogitans, the mind, designed to learn and process information. Therefore, according to Descartes, a ball is always something that can be experienced by the body and recognised by the mind. But with the embodied cognition approach, a ball can be interpreted by the brain in various ways depending on its current relation to the body. However, it’s always ‘visible’ to the mind – the visual cortex is active even if we don’t really see the ball, just imagine it. That’s why both the body and the mind can experience and recognise it at the same time.

The lecture ‘The embodied language of emotions. How does the mind deal with feelings?’ which will be delivered on 22 November 2019 by Prof. Piotr Winkielman from the University of California San Diego is part of an ongoing series of meetings ‘Big Questions in Kraków’ hosted by the JU Copernicus Centre for Interdisciplinary Studies.