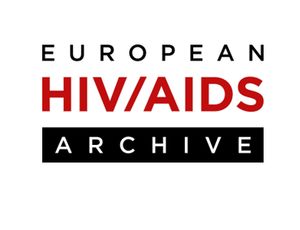 The European HIV/AIDS Archive (EHAA) is an online collection of stories and materials related to the past, present and imagined futures of the HIV/AIDS epidemic in Europe. Comprising oral history interviews from such countries as Germany, Greece, Poland, Portugal, Russia and the UK, the archive makes it possible to delve into the complex history of the European HIV epidemic. The online EHAA has recently been launched, marking the end of the international research project Disentangling European HIV/AIDS Policies: Activism, Citizenship and Health (EUROPACH). By the end of the year the archive will contain more than 100 interviews with more to come.

Serving as a living chronicle of the HIV epidemic in Europe, the EHAA shows the plurality of ways in which HIV/AIDS has been experienced, lived through, acted upon and challenged. The collection includes personal accounts of people living with HIV/AIDS, representatives of communities impacted by the virus, advocates and activists, politicians and policy-makers, health care workers, employees of aid organisations, and artists. The archive demonstrates how AIDS activism has been built upon and led to unique forms of solidarity, empowerment, political intervention, and forming organisations among groups with unequal access to rights and recognition. Learning from the past is a task not often taken seriously enough, and in some cases may have been actively resisted. As self-evident as it may feel, it is something to which people have proven resistant - perhaps increasingly so in recent years. This archive provides a valuable resource for appreciating and learning from individuals and groups who have been at the epicenter of the epidemic.

While international and national health governing bodies call for the “end of AIDS” by 2030, the World Health Organisation found the European region to have the second highest rate of new HIV infections in the world. With infection rates varying significantly across Europe and most affected populations, such disparities urge us to call into question the dominant narrative of a successful fight against the epidemic. Instead, they make us acknowledge an increasingly divided political landscape and a multiplicity of civil society responses to HIV/AIDS by sex workers, migrants, people who use drugs, prisoners, and many more.

The archive is hosted by Humboldt-University zu Berlin and accessible online: https://www.euroethno.hu-berlin.de/de/institut/einrichtungen/european-hiv-aids-archive-ehaa

The EHAA is a result of cooperation of three research projects: Disentangling European HIV/AIDS: Activism, Citizenship and Health (funded by Humanities in the European Research Area (HERA) within the framework of the programme “Uses of the past”), "Don’t criminalize passion!" The Aids Crisis and Political Mobilization in 1980s and early 1990s Germany (funded by DFG), and the Working Group AIDS History into the Museum (AKAIM) located at Deutsche AIDS-Hilfe. The research project Disentangling European HIV/AIDS: Activism, Citizenship and Health was a joint effort of Humboldt-University zu Berlin, the Jagiellonian University, Basel University, and Goldsmiths, University of London, carried out between 2016 and 2019 under the leadership of Prof. Beate Binder. For more information about the project, visit the website: www.europach.eu