JU team advances to the final stage of a programming competition 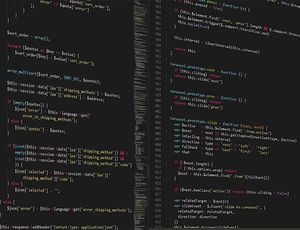 A team of students from the JU Faculty of Mathematics and Computer Science has won a gold medal and took 4th place during the ACM International Collegiate Programming Contest 2019, held on the last weekend of November in Prague. Due to the team's outstanding performance, three students representing the oldest Polish university – Krzysztof Pióro, Bartosz Podkanowicz, and Krzysztof Potępa – will participate in the world championship in Moscow.

The contest was hosted by the Czech Technical University in Prague. It featured 63 teams from 6 countries: Poland, Croatia, Slovakia, Slovenia, Austria, Hungary, and the Czech Republic. Each of them had to solve 12 programming problems. Due to the high level of skill of competing teams, nine of them solved the same number of problems, leading to classification being determined by the time of completion. The first two places were taken by teams from the University of Warsaw, with the third going to the University of Wrocław.