How plants deal with stress 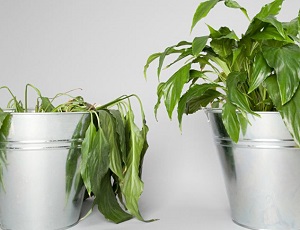 Throughout their existence, human beings have been accompanied by stress, and hence they have developed various methods to reduce it. Plants are also subject to stress, caused by adverse environmental factors (such as water or light deficiency), but unlike most animals they cannot hide or run away from danger. Dr Paweł Jedynak from the JU Department of Plant Physiology and Biochemistry discusses how to recognise and interpret the symptoms of stress in plants and what are the mechanisms that allow them to live through stressful situations.

It’s hard to expect plants to voluntarily confide their secrets to researchers. All information have to be literarily extracted by force – leaves are crushed in a mortar to isolate various substances from which a scientist can infer the plant’s condition. The researchers are especially interested in those substances that are almost absent from healthy plants and whose content increases under adverse conditions, like, for instance, anthocyanins, best known for the fact that their colour changes depending on the PH of the environment. Anthocyanin pigments are accumulated in flower petals and tasty fruit, such as blueberries or plums. An excess of light or low temperature leads to their increased production by a plant, and consequently, their accumulation in leaves. This phenomenon isn’t always visible to naked eye (although violet privet hedgerows can sometimes be seen during an autumn walk), but the use of proper extraction techniques and sensitive measuring equipment enables the detection of even small changes in the amount of these pigments.

Another important question is: if oxidation processes in a plant intensify, which suggests the influence of negative environmental factors, how to determine the main cause of oxidisation? Reactive forms of oxygen, including free radicals, are often responsible for this process. Such aggressive oxygen as well as the compounds it activates find it much easier to interact with other substances, thus destroying them. It isn’t hard to imagine the consequences of serious DNA damage – the cells lose the ability to perform their functions, or even die. Consequently, the plant starts to wilt and brown necrotic spots appear on its leaves.

Fortunately, in the course of evolution, living creatures (even those considered anaerobic)  have developed a number of defensive mechanisms protecting them against reactive oxygen forms. 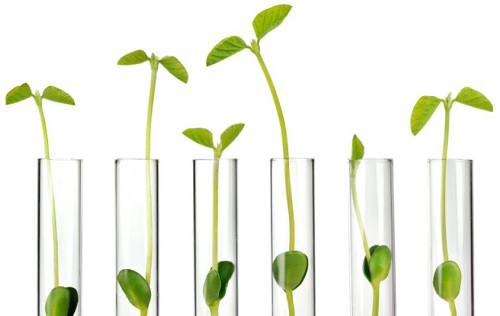 This gives researchers the opportunity to isolate antioxidants from plant material by using certain reagents. Antioxidants are ‘heroic’ compounds which sacrifice themselves for the good of the cell by absorbing the attacks of aggressive oxygen forms, thus becoming oxidised instead of other, important substances. This is the role of ascorbic acid, which is a vital part of human diet, known as vitamin C. Unlike humans, plants are capable of producing this precious substance, as well as glutathione and tocopherols (vitamin E), in their bodies. Together, these compounds protect law and order in the cell, having adopted an interesting division of roles, which can be explained with reference to the classic distinction between water-soluble and fat-soluble vitamins. The water-soluble ascorbinian protects the cell’s cytoplasm and the proteins suspended in it, whereas the fat-soluble tocopherol protects cell membranes, which are almost inaccessible to ascorbinian. Yet, these two compounds are in close relationship with each other, as the used (oxidised) tocopherol can be regenerated by ascorbinian, which itself becomes oxidised in the process, helping to preserve cell membranes in good condition.

The abovementioned phenomenon illustrates the complex network of relations. What turns out to be even more complicated, is the interpretation of what happens under stressful conditions. It could be expected that adverse environmental conditions would lead to a decrease in antioxidants. And what if there is less tocopherol and the same amount of ascorbinian? Or if there is generally more antioxidants? Does this indicate stress or lack of it? The key to solve these problems lies in using control group tests (in which plants are provided with perfect, stress-free conditions) and the exchange of research results between scientists. It’s important to remember that stress can differ in intensity. A minor or short but intense stress can mobilise a plant to prepare for adverse conditions, which leads to the increase in the level of antioxidants. But prolonged adverse conditions can lead to the depletion of antioxidants. It should be noted that tocopherol is located at the end of a long chain of biochemical reactions – if ascorbinian is constantly expended to find free radicals, the amount of this substance can be too small to regenerate tocopherol. Hence, it’s sometimes advisable to check not only the quantity of certain compounds but also the ratio of oxidised and reduced substances.

Plants can use carotenoids to increase their defensive readiness. These orange pigments are mainly associated with autumn leaves of carrot roots. But they don’t play a purely esthetic role, as many of them are take active part in dispersing the surplus of absorbed light energy. A plant can be compared to an energetic vampire, as it sucks energy directly from the Sun. Yet, it may choke on the light if it becomes too intense. This mechanism can be compared to a crowd of people queuing in a supermarket. If there are too many of them, a long queue would form at each checkout. The problem is that the activated chlorophyll molecules storing the surplus energy, cannot keep it forever and want to pass it on as soon as possible.  Unfortunately, the common oxygen willingly accepts this gift, instantly turning into its dangerous, reactive form. This process is prevented by carohtenoids, especially zeaxanthin. The presence of zeaxanthin indicates the surplus of light with which a plant is still capable of coping. On the other hand, if there is insufficient light, zeaxanthin would hinder photosynthesis, so it must somehow be excluded. In such case, the substance is transformed into its less active form - violaxanthin, stored for later use. The lack of both violaxanthin and zeaxanthin suggests a severe stress, completely disrupting process of transformation of this substance (known as the xanthophyll cycle).

The electron paramagnetic resonance spectroscope may have a ratiher scary name, but the device itself looks rather unimpressive – like an ordinary microwave lacking door. What makes this comparison even more accurate is the fact that this device really produces microwaves, which are emitted directly onto a sample, additionally placed in a very strong magnetic field. The presence of this field makes some atoms ‘energy-thirsty’ and thus capable of absorbing microwave radiation. By measuring the quantity of microwaves remaining after going through the sample, it is possible to estimate the number of ‘thirsty’ atoms in this sample. Radicals are among the substances that can become thirsty in the magnetic field, but their presence cannot be determined in a direct manner, due to their very short life (lasting only several milliseconds), which makes them practically invisible, even to researchers using state-of-the-art equipment. Hence, it’s necessary to lay a trap. Radicals can react with a chemical trap, which itself becomes a radical. The radicals thus obtained are permanent enough to be measured, which enables scientists to estimate the number of dangerous radicals in the plant material. Instead of estimating the quantity of reactive oxygen, an existing (permanent) radical can be added to the sample in order to observe how it’s removed by all antioxidants present in the sample. If there remains a lot of the bait radical, it can be suspected that some antioxidants were used earlier to combat more dangerous radicals. To put it simply, the plant has endured stress and its defensive capabilities have already been limited.

As shown above, the work of some researchers from the JU Department of Plant Physiology and Biochemistry resembles solving a puzzle. Some pieces fit perfectly, some can possibly be used in the future, whereas some don’t fit anywhere and seem to come from another set. Yet, plants’ stress is a very serious issue. Learning how to help them to cope with it may prove very useful for agriculture, as such knowledge can be applied to increase the quantity and quality of crops. Besides, studies in this field could contribute to the better understanding of the fascinating life of plants by revealing how their defensive mechanisms work, how they ‘know’ how to behave in certain situations, and what can they do to avoid danger.