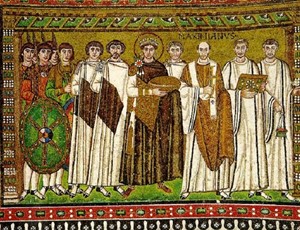 Until relatively recently, many historians held a belief that fourteen centuries ago the streets of Constantinople were swarming with dead or dying people. It was thought that an unknown disease swept over the Byzantine Empire (and the rest of Europe), killing about half of its populace.

Today, we recognise these estimates as largely exaggerated. What is known as the Justinian Plague did, in fact, happen, but its death toll wasn’t as huge as was previously thought. An international team of researchers featuring a scholar from the JU Institute of History Dr Adam Izdebski have just published the results of their study on this event.

The Black Death, the Pestilence, the Great Plague – during history lessons, we’ve all learned about the pandemic that drastically lowered the population of the Old World. In some regions, the number of people decreased by as much as 80%! However, there are only a few who know that several hundred years earlier, a similar plague has fallen upon the Byzantine Empire. Up until now, it was believed that the Justinianic Plague (the name is derived from the then Emperor Justinian I the Great) reaped a similar harvest to the one that befell Europe and China in the 14th century. Today, thanks to new technology and research methods, we can better understand what really happened.

Yersinia pestis, a bacterium belonging to the Enterobacteriaceae genus, is known to cause the deadly plague that has afflicted humanity over the course of history, ever since the Bronze Age. How shocking it must have been for the Byzantines to see the streets of Constantinople suddenly filled with throngs of the sick and dying. Or, at least, that’s what we thought until recently.

If that pandemic was a historic moment in the history of mankind, when – according to various sources – the plague killed between one third and a half of the entire Mediterranean population in the span of just a few years, researchers should be able to find some proof. As of yet, they’ve found none, at least according to Lee Mordechai from the Hebrew University in Jerusalem, one of the co-authors of the discussed paper.

The search for truth

The situation is complicated. On the one hand, we have a number of classical and mediaeval written accounts that describe the terrifying pandemic that happened during the reign of Emperor Justinian I (for instance, the writings of John of Ephesus). On the other, modern scientific methods suggest that the great Plague of Justinian wasn’t that great. According to the researchers, data obtained from various sources – such as grains of pollen, coins, and burial rituals, just to name a few – implies that the consequences of the Late Antiquity pandemic commonly known as the Justinianic Plague have been grossly overestimated.

In this light, their article essentially rewrites history, as it doesn’t assume that this particular period – the end of Antiquity and dawn of the Middle Ages – was entirely shaped by the plague. In the past, historians often based their reconstructions on literary works, making conjectures about the entire Mediterranean area and ignoring texts that don’t describe the plague as so significant.

‘We’ve investigated the amount of plant pollen in sediments found in lakes and bogs in Greece, Turkey, and Bulgaria to estimate the agricultural production in Late Antiquity. There seem to be no sudden drops that could be caused by increased mortality rate. If less people tended their crops, the environment would change and it would be reflected in plant pollen, but so far we’ve discovered nothing of the sort’, said Dr Adam Izdebski. What’s more, this seems to hold true for the area around Constantinople, which strongly suggests that the city wasn’t ravaged by a pandemic.

Collection and analysis of the data on plant pollen presented in the article took many years. In fact, if we take into account field work and lab tests, the project’s duration can be measured in decades. Dr Adam Izdebski acquired the first batch of data on pollen on several dozen sites in Turkey and the Balkan region as a post-doc in 2012–2015. Later, he was helped by a group of researchers from the SGH Warsaw School of Economics, with their findings published in Explorations in Economic History.

‘Various research groups – completely unrelated to our project! – investigated lakes and bogs to obtain samples of sediments for chemical and microscopic tests aimed to reconstruct the environment and climate of the past. All this data eventually made it to an open Internet database, which allowed us to perform synthetic analyses for entire regions’, explained Dr Izdebski. ‘Every section in our paper is akin to the tip of an iceberg. When we look at the decades of research that went into this project, we see how much we already know thanks to history, archaeology, and natural sciences’, he added.

History in a nutshell

The research team comprising historians (Lee Mordechai, Merle Eisenberg, Timothy P. Newfield, Adam Izdebski), an archaeologist (Janet E. Kay) and a geneticist (Hendrik Poinar) have proved that although the Justinianic Plague has decimated the population in the Mediterranean, it wasn’t the cause of the decline of the Roman Empire and rise of Islam. ‘Our research shows that even though natural phenomena, like pandemics or climate, have a tremendous impact on people’s lives, they don’t necessarily determine the course of political and social transformations. Today, when we’re facing a climate crisis of our own, we should be well aware of that’, said Dr Izdebski. 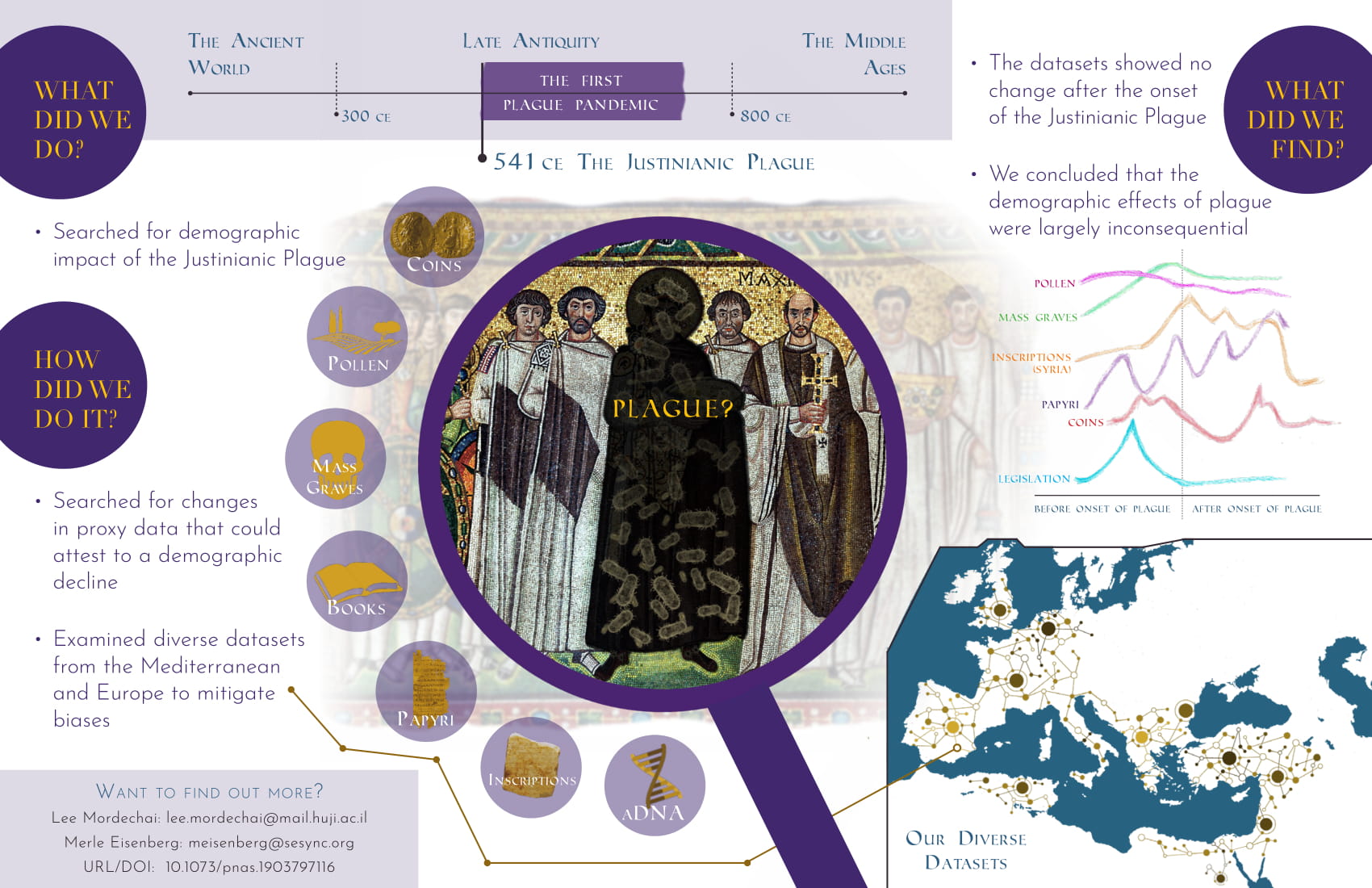