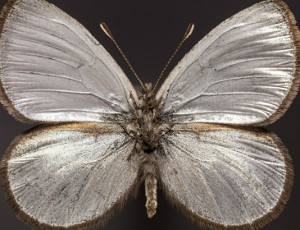 Employees of the JU Natural Sciences Education Centre have been studying and cataloguing various species of butterflies worldwide, collaborating with the most important research centres and entomologists in Europe and America. Their work has resulted in several hundred papers and the discovery of nearly 300 new species from the tropical regions of Africa and South America.

To illustrate the scale of their endeavour, it’s worth to mention that the full list of butterfly species in Poland comprises less than 150 species. The butterfly collection held at the JU NSEC is one of the largest in the world.

During a recent field study in June 2019, JU researchers have discovered a previously unknown butterfly at 4,000 metres above sea level at the foot of the Huayhuash Cordilliera in Peru. It is the second confirmed species whose wings have a completely bright silver upper surface.

The first one, Argyrophorus argenteus, was first described nearly 170 years ago. The second one belongs to the same genus, but is not closely related. It was named Argyrophorus idealis (‘perfect’). The colour of both butterflies’ wings is not a result of pigmentation, but rather refraction and interference of light.