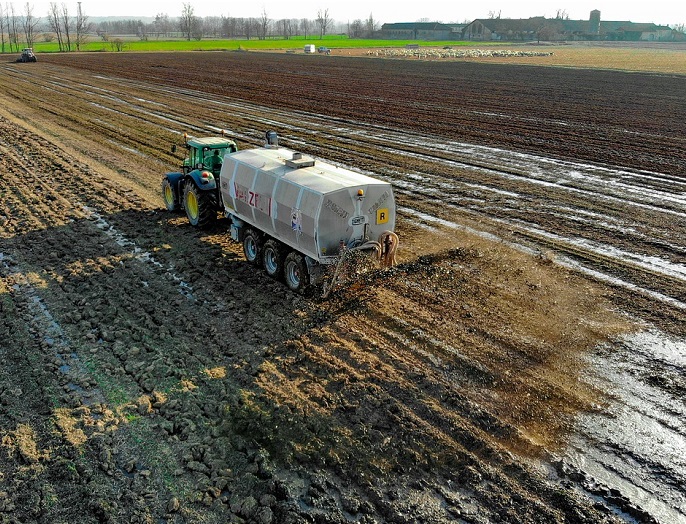 Can human faeces be used as a fertiliser? Should such a method be considered part of sustainable agriculture. Dr hab. Agnieszka Pajdak Stós from the Institute of Environmental Sciences of the JU Faculty of Biology will shed more light on this issue.

Human beings, like all other animals, have evolved as a species inextricably connected to its natural environment, taking part in the circulation of energy and matter, including key biogenic elements. The food we eat is digested and the excrements, enriched with bacteria that inhabit our intestines, are released to the environment, where they become food for bacteria, fungi, invertebrates, and, especially, plants. Such a sustainable system can still be observed in those few places where indigenous human populations still live in harmony with nature, making their everyday activity part of the natural cycles. The discovery that human and animal faeces improve soil fertility, leading to increased crop production has been the basis of effective farming for many thousand years. In far eastern cultures, especially in China and Japan, the so-called ‘night soil’ (human excrements and urine) was widely used as a fertiliser until the middle 20th century, and is thought to have been a basic means of maintaining the fertility of soil in that region. As a valuable resource, ‘night soil’ was also a tradeable commodity. There was even a profession whose members earned their living by collecting human waste from houses and selling them to farmers. On the other hand, some regions of Sub-Saharan Africa have been characterised by ‘coprophobia’ – an aversion to or even fear of contact with human excrements. How is it possible that we accept using animal manure as a fertiliser, whereas using our own faeces for the same purpose often fills us with disgust?

As it is often the case, a cure may also be a poison. The growing awareness that human faeces may be the source of pathogenic bacteria and parasites has led to the belief, prevalent in our culture, that the further sewage is expelled from our homes, the better. This, in turn, resulted in the development of sewer system and widespread ‘flush-down culture’. Some researchers even claim that this has led to the formation of the so-called “metabolic gap” and, consequently, to the breaking of matter and energy circulation system, which human beings used to be part of. Some scientists have also pointed out that this way of getting rid of the waste material can cause the depletion of soil by preventing the access of bacteria that are a valuable part of human intestine microbiota (a community of microbes that play many different roles).

As the industrial revolution progressed, the flushed down excrements reached various bodies of water, leading to their total degradation. Over 100 years ago, the introduction of an innovative water treatment method known as activated sludge, enabled the intensification of natural organic matter decomposition processes with the help of bacteria and other microorganisms. The process was further improved with the aim to reduce the outflow of nitrogen and phosphorus compounds, which may lead to the eutrophication (excessive enrichment) of water bodies.

With the help of technology, conditions were created for the development of certain types of bacteria, such as nitrifying, denitrifying, and polyphosphate accumulating bacteria. The products of this process were considered waste material, instead of a valuable resource, due to the risk of contamination not only with pathogens, but also with heavy metals, toxic organic substances, of pharmaceuticals. In some countries, excess sludge (biomass produced during the treatment process) can be used in agriculture under certain restrictions, such as earlier testing for the presence of hazardous substances or parasites’ eggs, or limiting its use only to plants whose edible parts grow above the ground and/or must be cooked before eating.

Using human manure in poor countries to grow crops on impoverished soils can have a double benefit. Composting faeces greatly reduces their harmful health effect, and using them to grow plants whose edible parts grow only above the ground may help to regenerate soils, leading to a huge increase in crop production. The ‘night soil’ is often associated with an unpleasant smell and this evolutionary alarm bell shouldn’t be ignored. While, the dangerous raw sewage is characterised by an almost unbearable stench, activated sludge or sewage treated with a proper mixture of neutralising bacteria are odourless or smell like wet soil after rainfall.

It must be noted that using both excess sludge and composted (decomposed by microbes under aerobic conditions) waste (meeting certain safety standards related to the presence of pathogens and dangerous substances) as a fertiliser can bring great benefits. By enriching soil not only with organic and mineral substances, but also with an invaluable cocktail of fungi and bacteria which are responsible for the decomposition of organic matter, they support plant growth, prevent the erosion of soil, and help to retain rainwater. In the face of dangers posed by soil degradation caused by unsustainable farming and the progress of climate change, we should do our best to re-introduce the ‘night soil’ to the matter and energy circulation system in a way that is both safe for us and the environment.

Picture in the top left corner: Pascvii via Pixabay