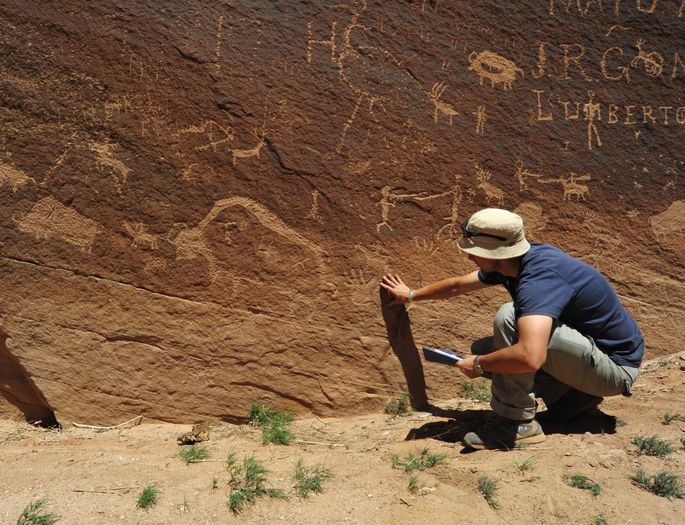 The prestigious US publishing house has published the book Art in the Pre-Hispanic Southwest: An Archaeology of Native American Cultures authored by Prof. Radosław Palonka from the Faculty of History of the Jagiellonian University. What makes this publication unique is the fact that it is one of few books on Native American history published by European Researchers.

Prof. Radosław Palonka from the JU Institute of Archaeology has been carrying out research in Mesa Verde in Colorado, USA since 2011. The area is famous to both archaeologists and tourists for the Pre-Columbian Pueblo culture settlements built in rock niches or carved into canyon walls and for numerous ancient works of rock art. Prof. Palonka’s studies are the first independent Polish archaeological project in the United States and currently the only European project in the region. The research is funded from several sources, including grants from the National Science Centre (Poland), the US Bureau of Land Management, as well as own funds of the Jagiellonian University, the US Consulate General in Kraków and US Embassy in Poland.

Arizona, New Mexico, Colorado and Utah are among the most archeologically abundant areas of the entire North America. The local universities have created a basis for archaeological studies on that region, both in terms of theoretical reflection and field research. The monograph by the Polish researcher provides a synthesis of a large part of the history of this important area, which today is a cultural melting pot, combining US, Mexican and Native American traditions. Reviews and recommendations of the book have been written by leading archaeologists specialising in the US Southwest. Prof. Palonka’s latest book is a translated and extended version of his habilitation thesis entitled Sztuka i archeologia kultur indiańskich prekolumbijskiego Południowego Zachodu USA (Art and archaeology of the pre-Hispanic Native American cultures in the US Southwest), which was published in 2019 by the Jagiellonian University Press.

The monograph Art and archaeology of the pre-Hispanic Native American cultures in the US Southwest covers 20 thousand years from the appearance of first human beings in the Southwest to the arrival of Europeans in the 16th century. Hence, the author discusses the Paleonindian period, the Archaic and Formative periods, as well as the later highly developed agricultural cultures and civilisations: Pueblo, Casas Grandes, Hohokam, Mogollon/Mimbres, and Fremont. The book also covers the relatively ‘recent’ coming of nomadic peoples– Athabascans – the famous Apache and Navajos as well as peoples using numic languages, such as Ute or Paiutes, which occurred 500-600 years ago.

‘Special emphasis is put on the transformation in settlement patterns, material culture, as well as the analysis of ceramics and rock art iconography. The combination of research into the aforementioned areas constitutes a unique attempt of a comprehensive reconstruction of the Pre-Columbian cultures. Some issues related to American legislation and cultural heritage protection is also discussed, along with modern research methods, including the digitalisation of historic heritage, and modern exhibiting techniques. The book also concerns cooperation of archaeologists and anthropologists with contemporary indigenous communities in the context of exploring Native American oral tradition, the analysis of which significantly contributes to enhancing knowledge of Pre-Columbian cultures in the region’, explains Prof. Palonka.

The book Art in the Pre-Hispanic Southwest: An Archaeology of Native American Cultures was published within the framework of the Issues in Southwest Archaeology series by the prestigious US publishing house Lexington Books, which is part of Rowman & Littlefield Publishing Group. The book was simultaneously brought out in the USA and the United Kingdom. 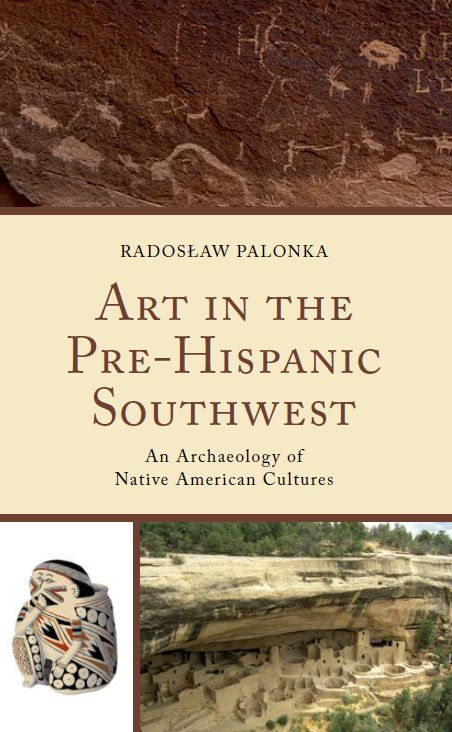