The Polish-American Fulbright Commission has published the names of young researchers who will receive the Fulbright Junior Research Award 2023–24. Amongst more than a dozen grantees there are two PhD students from the Jagiellonian University: Aleksandra Synowiec from the JU Małopolska Centre of Biotechnology and Mateusz Kucab from the JU Doctoral School in the Humanities.

The programme’s objective is to provide doctoral candidates with an opportunity to conduct their own research project related to the field of their dissertation at a host institution in the United States. Awards are offered for 4 to 10 months, granted to persons preparing their doctoral dissertations in Polish institutions of higher education that are authorised to confer the academic degree of a ‘doctor’.

This year’s call for applications closed on 27 May 2022. There was a total of 66 applications. The grant application procedure included substantive evaluation of the proposed project prepared by 3 independent experts and an interview with selected candidates whose applications received the highest number of points. As a result, 14 people were nominated to receive the award and 3 people are placed on an alternate list.

One of the winners of this year’s edition of the programme is Aleksandra Synowiec from the JU Małopolska Centre of Biotechnology, who is going to carry out a project related to the identification of new cellular factors taking part in the replication of human noravirus in human intestinal organoids under the supervision of Prof. Craig Wilen at the Yale School of Medicine. The project is a continuation of her PhD thesis as well as a study she completed within the framework of the National Science Centre’s Preludium 18 grant, which she received in 2020. Her internship in the United States will most likely begin next year and end in mid-2024.

The second Jagiellonian University chosen to receive the Fulbright Research Award 2023–24 is Mateusz Kucab from the JU Doctoral School in the Humanities. He will use the funds to work on a study focused on the poetry of Emily Dickinson under the supervision of Prof. Karen Sanchez-Eppler. The project is  very closely related to the doctoral thesis entitled Pneumoteologie. Ku ekokrytycznej I postseksualnej  lekturze Emily Dickinson (1830–1886), Marii Pawlikowskiej-Jasnorzewskiej (1981–1945), Edny St. Vincent Millay (1892–1950) i Haliny Poświatowskiej (1935–1967) [Pneumotheologies. Towards ecocritical and postsexual readings of Emily Dickinson (1830–1886), Maria Pawlikowska-Jasnorzewska (1981–1945), Edna St. Vincent Millay (1892–1950) and Halina Poświatowska (1935–1967)], written under the supervision of Dr hab. Mateusz Skucha, Prof. UJ from the JU Faculty of Polish Studies. 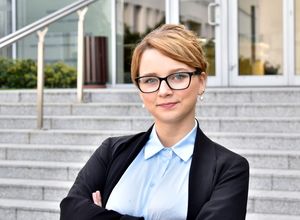 Aleksandra Synowiec has earned her BSc in biotechnology and MSc in molecular biology at the JU Faculty of Biochemistry, Biophysics and Biotechnology. Currently, she is a PhD student at the JU Doctoral School of Exact and Natural Sciences. She is a member of the Virogenetics research group, founded at the JU Małopolska Centre of Biotechnology and led by Prof. Krzysztof Pyrć. She is a co-founder of Acatavir, where she works on developing a drug used in veterinary medicine to prevent and treat cat cold. She carries out a research grant funded by the National Science Centre with the aim to develop new therapeutic strategies, e.g. anti-viral medication. She has completed internships at the University od Siena and Cambridge University. She has received the prestigious Diamond Grant, L’Oreal-UNESCO Award for Women in Science and the a scholarship of the Foundation for Polish Science. 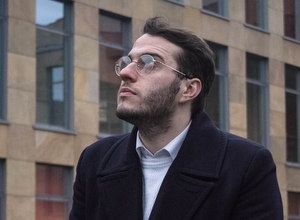 Mateusz Kucab has graduated in comparative studies from the Jagiellonian University. Currently, he is working on his doctoral thesis under the supervision of Dr hab. Mateusz Skucha, Prof. UJ. He is a member of the Emily Dickinson International Society and American Studies Association of Norway. He has received a scholarship from the Polish Ministry of Science and Higher Education (now Ministry of Education and Science). Together with Pola Biblis, he co-hosts a series of events entitled ‘Emily in Kraków’, organised within the framework of a social initiative spearheaded by the Museum of HERstory in Kraków. The events revolve around the works, translations and pop-cultural reception of the poet from Amherst. In 2022, he co-organised an exhibition of art inspired by the works of Polish positivist woman writers together with students from the Kraków Academy of Fine Arts. His research interests include ecocriticism, postsecularism, feminist ethics of care, poetry of Polish and American women writers as well as Victorian literature. He is currently studying the depictions of Tatra Mountains through an ecofeminist lens, in particular in the poetry of Maria Pawlikowska-Jasnorzewska. Recently, he has become the chair of the Doctoral Candidates Opinion Research Committee of the JU PhD Student Association. 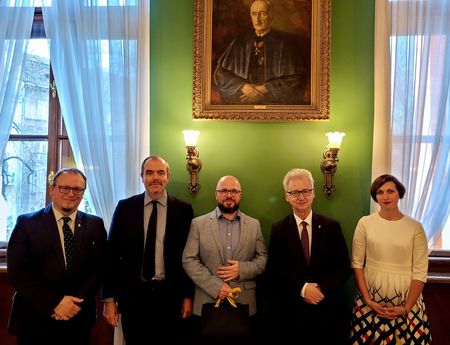