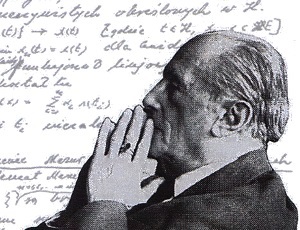 Information is a very valuable commodity, tool of power, and sometimes even a weapon. Access to secret information can often turn the tides of a war. Disinformation can play a similar role, diverting the enemy’s attention away from important targets. This has proven to be a major factor in great military operation in history.

The exhibition shows the role of Polish scientific community (particularly Polish mathematical schools) in the area of cryptology and cybernetics in the years 1918–1945. Polish scientists have greatly contributed to the process of transferring, encoding, and deciphering  information. The community, coming together after the long period of partitions, did not hesitate to use its full potential to serve their country. Some examples include the unprecedented actions of Polish intelligence during the Polish-Soviet War, when the operatives, with the help of famous mathematicians, deciphered the Red Army’s codes and carried out a large-scale disinformation operation to disrupt the enemy’s communications.

The period of the Second Polish Republic was important for the development of mathematics, particularly thanks to the University of Lviv and Lviv Polytechnic. Antoni Łomnicki, Hugo Steinhaus, Stefan Banach, Juliusz Paweł Schauder, Stanisław Ulam, and Stanisław Mazur are only some of names that went down in the history of mathematics. Unfortunately, the flourishing of the Lviv school of mathematics ended with World War II, when some of the scholars fled the country, while others were killed. The exhibition aims to preserve all aspects of their legacy.

The exhibition is open Monday to Friday during the normal working hours of the Jagiellonian Library.