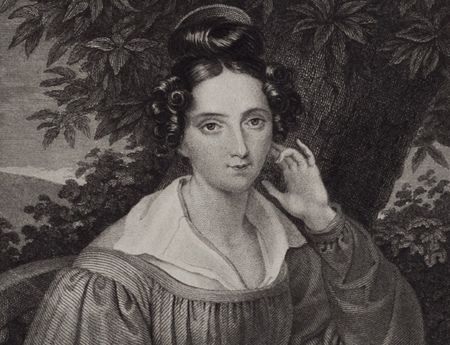 The exhibition of Rahel Varnhagen’s manuscripts marks the 250th anniversary of the birth of the Jewish-German intellectual, whose maiden name was Rahel Levin.

The exhibited manuscripts, drafts of the writer’s works, historical items, portraits and other objects illustrate important biographical, cultural and historical contexts. The exhibition also presents personal documents, autobiographical notes and written testimonies to intense social contacts between the famous landlady and her guests, her close friendships and several romances. The organisers have documented the history of reception of works of the Jewish-German writer: from an editorial project of her husband, Karl August Varnhagen von Este, through academic and non-academic publications from before 1945, to a well-known monograph by the philosopher Hanna Arendt and latest critical editions of Rahel Varnhagen’s works.

A large proportion of the writer’s extensive oeuvre long remained unknown, with one of the contributing factors being the fact that it almost entirely consists of letters, whose status as a literary genre has been considered controversial.

The exhibits displayed on the occasion of Rahel Varnhagen’s 250th birthday present the life history of the ‘writer without a work’ and thanks to references to her unique biography, they are linked to the complicated context of Jewish assimilation and bourgeoise culture at the turn of the 18th and 19th centuries with a special focus on bourgeoise social life and the history of letter in the 19th century, as well the complex issue of female authorship.