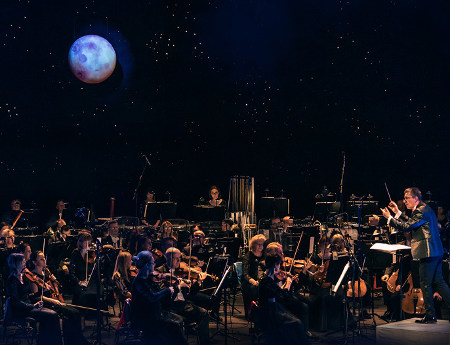 The Jagiellonian University is hosting a traditional New Year’s Concert, featuring artists from the Kraków Opera, who will perform the most beautiful operetta arias and duets, songs from Jan Kiepura’s repertoire as well as Latin American standards.

The University New Year’s Concerts have already become an integral part of Kraków cultural events calendar. For more than a dozen years, the JU academic community have celebrated the start of a new year with a carnival music event. This time, the audience will listen to splendid music by distinguished artists from the Kraków Opera, including Agnieszka Kuk (soprano), Katarzyna Oleś-Blacha (soprano), Tomasz Kuk (tenor), and Adam Szerszeń (barytone) as well as the orchestra conducted by Tomasz Tokarczyk.

A carnival concert would be incomplete without operettas, full of humour, dance and wit. The performance will feature famous arias and duos from Csardas Princess by Imre Kálmán, Wiener Blut by Johann Strauss the Younger, or the Land of Smiles by Franz Lehár. The performed pieces will also include the amusing “Duet of the Fly” from Orpheus in the Underworld by Jacques Offenbach, which has recently become part of the Kraków Opera repertoire.

During the concert, Tomasz Kuk, this year’s winner of the Jan Kiepura Theatre Music Award for the best opera singer, named after the legendary Polish tenor, will perform some of the most famous pieces by this artist, such as “Ninon, ach, uśmiechnij się” or “Brunetki, blondynki”. Finally, the audience will be taken on a musical journey to Naples, Granada, and Latin America, thanks to opera performance of such standards as "Besame mucho", "Siboney", or "Aquarela do Brasil".

The tickets for the general public are also available at:

The audience are kindly requested to wear face coverings during the concert.