Research suggests that people with more symmetric faces are perceived as more attractive, have better developed immune system, and are more resistant to upper respiratory tract infections. What are the reasons for and the implications of this relationship? Dr hab. Urszula Marcinkowska Trimboli from the JU MC Institute of Public Health will shed some light on this issue. 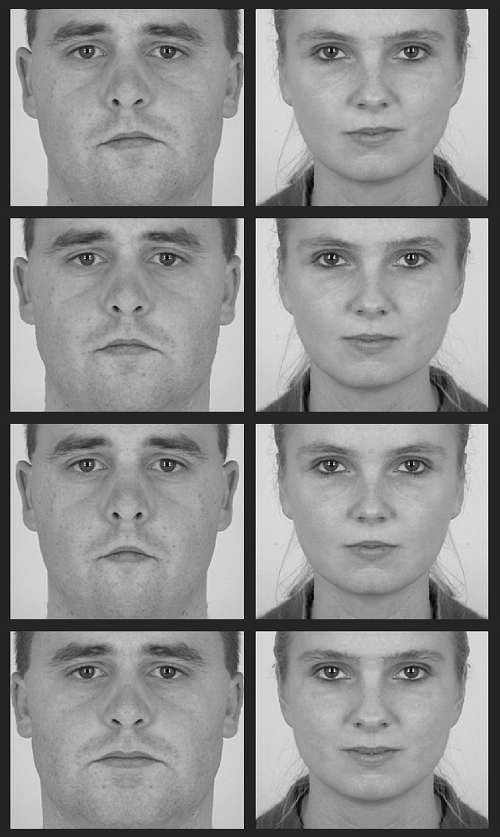 One of the features that impact the perception of faces is symmetry, and, more precisely, lack of what is known as fluctuating asymmetry, which is defined as the random deviation from perfect symmetry in bilateral physical traits, which does not display any directional tendency (Vanvalen 1962). For several dozen years, researchers have been searching for the causes of fluctuating asymmetry and trying to understand its association with the perceived attractiveness and other personal traits (Grammer and Thornhill 1994).

It is thought that the level of facial asymmetry can serve as an indicator showing the body’s capability of bilaterally symmetrical development in the face of adverse environmental factors (such as energy deficiencies or pathogens, Parsons 1990). This means that facial symmetry can reflect developmental stability (also prenatal) and indicate the so-called inherited genetic quality (Thornhill and Moller 1997), which is broadly understood as the individual’s chances of passing on genes to future generations. In other words, this would mean that we are attracted to symmetrical faces, as they are a sign of good general health (including reproductive health) of a given person,

This line of reasoning links facial symmetry both to real (Van Dongen and Gangestad 2011) and perceived (Jones 2018) state of health. It has also turned out that oxidative stress (marker of the body’s aging speed) is related to face symmetry. The studies recently conducted in the Institute of Public Health of the Jagiellonian University Medical College have shown that the faces of women with high oxidative stress levels (whose bodies aged more quickly) were perceived as less symmetrical by randomly selected judges and were indeed less symmetrical (Marcinkowska et al. 2020).

Yet, not all research suggest such a simple relationship between symmetry on the one hand and health and attractiveness on the other. The recently published study based on a large population sample, has not confirmed the association between facial symmetry and a number of real indicators of health condition (Foo et al. 2017). It is thus unclear, which specific aspects of health are linked to facial symmetry and at which point of an individual’s development (from conception to death) can this relationship be strengthened or weakened.