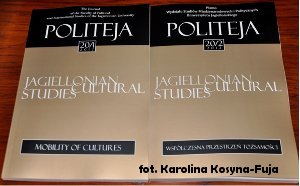 The editor of the Jagiellonian Cultural Studies, dr hab. Leszek Korporowicz, comments on the first volume of the journal:
[It] is devoted to the subject of mobility of cultures, which is directly relevant to the importance of intercultural space. For many centuries, but particularly now, in the times of the "media civilisation" it has been a phenomenon that forced us to take up a new angle in discussing many fundamental issues surrounding man and the fundamental categories of analysis which are necessary for the understanding of his current reality.

The issues related to man, dialogue and cultural development – the basic axioms of the Jagiellonian Cultural Studies – became a natural context for the debate whose aim was to point out the challenges that will be faced not only in the process of mobility of cultures, but also by the social sciences (cultural studies in particular), as one of the most integrating and holistic analyses of modernity. 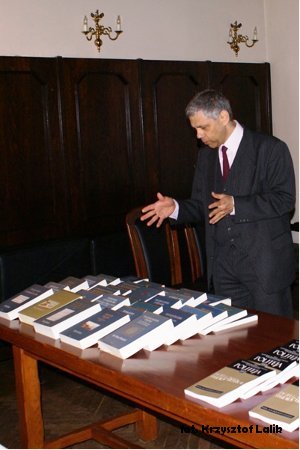 During the conference prof Rahul Peter Das, the Martin Luther University of Halle-Wittenberg, handed 31 volumes of „Mitteilungen zur Sozial- und Kulturgeschichte der islamischen Welt" over to the Faculty of International and Political Studies. This valuable collection was presented to the dean of the faculty, prof. dr hab Bogdan Szlachta.

Prof Rahul Peter Das is Professor of South Asian Studies and Dean of Studies, Faculty of Philosophy I of the Martin Luther University of Halle-Wittenberg. He is also a member of EuroIndia Centre Board and German Association for Asian Studies (Deutsche Gesellschaft für Asienkunde), where he initiated an interdisciplinary team for the research into post-classical South Asia.