Will mummies from Peru speak? 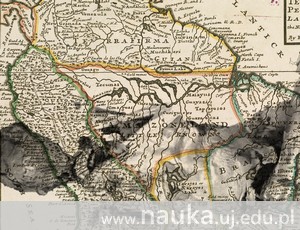 Is it possible to reconstruct the fates of people who left no written records? Łukasz Majchrzak, a PhD student from the Jagiellonian University Institute of Archaeology, is seeking answer to this question by studying Andean mummies of Chancay culture using state-of-the art methods from the field of archaeology, biology and analytical chemistry.

Kamil Kopij: Your project entitled Biographies of the Nameless is aimed at reconstructing the fates of 30 people buried in Cerro Colorado cemetery in central Peru. What can be learnt from the mummies? 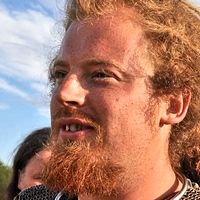 Łukasz Majchrzak: our body contains information about who we were, what happened in our life, how our organism changed, what we ate, in what kind of environment we lived. Some of these data can be obtained by means of macroscopic analysis, which we use, for instance, to determine the possible age and sex. The general health condition in the last years of one’s life can also be deduced in that way. Yet, much information remains hidden from the naked eye. It can be accessed by using a set of appropriate laboratory techniques. Mummies are a valuable source of information as they contain soft tissues, such as skin, ligaments, parts of internal organs, as well as hair and nails. Together with bones they can provide us with lots of important data.

As part of our project we also analyse grave goods: clothes in which the bodies were wrapped, metal items, ceramics, and tools. We would like to solve a number of puzzles - for instance, to determine the meaning of tattoos, which are found on about 40 percent of the mummies, or find out who the people whose remains we are investigating actually were.

How did you become interested with such little known culture as Chancay? 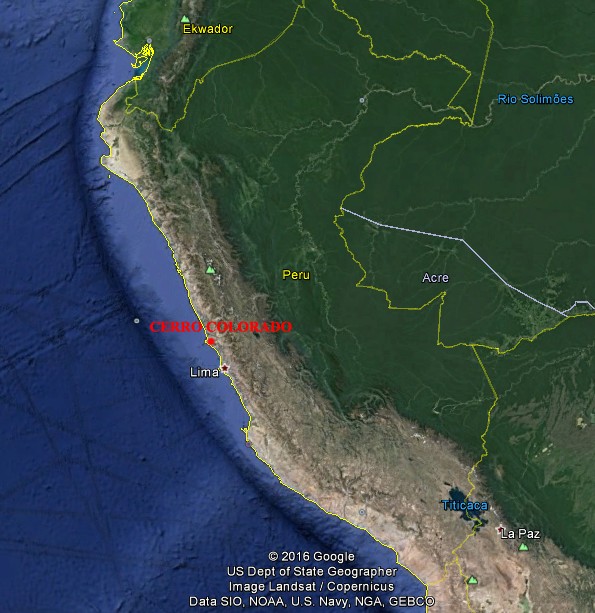 During one of my expeditions to Peru, I had an opportunity to work with Prof. Andrzej Krzanowski, who for several dozen years was the only archaeologist to conduct research into Chancay culture, whose remains include several dozen sites with monumental architecture, as well as richly furnished graves (most of which were robbed), which bear testimony to a sophisticated spiritual culture. As my research interests have for some time been focused on burial rituals of prehistoric societies, it is the sophisticated and yet relatively unknown funeral rites of Chancay people that attracted my attention.

The origins, development, sociopolitical organisation, as well religion of people who used to inhabit these sites are almost unknown. It is assumed that the culture emerged in the 8th or 9th century AD and functioned until the Incan state was destroyed by conquistadors in the 1530s, or until the 1570s, when the colonial authorities finally expelled the natives from their pre-Columbian settlements. Chancay graves were robbed en masse due to the popularity of vessels, fabrics, and ceramic figurines (known as cuchimilcos), which were characteristic of this culture. We’ve explored gigantic sites with ruined palaces, administrative buildings, as well as impressive cemeteries left behind by the Chancay people, but we still know very little about these people themselves.

How did the research at Cerro Colorado start?

The research itself was enabled by the decision to build a water supply system for the entire town. During subsequent excavations, over 2 thousand graves were found, 30-40 percent of which contained well-mummified human remains with preserved skin, hair, nails, and - in some cases - parts of internal organs. The bodies were wrapped in cloth, which formed a mummy bundle (Spanish fardo), containing personal belongings of the deceased person. Hence, a need arose to study these finds in greater detail. 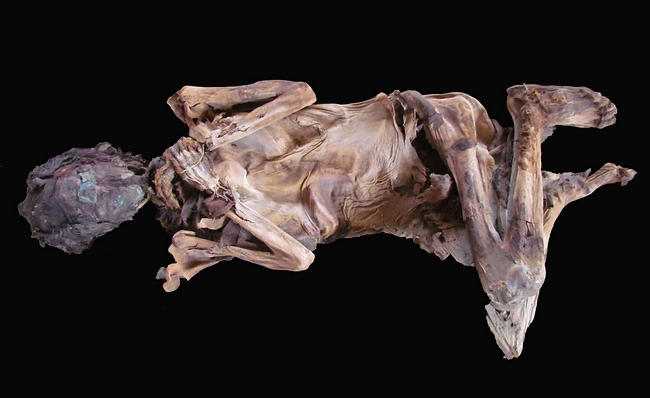 Peruvian archaeologists don’t have direct access to radiocarbon laboratories and state-of-the-art methods from the field of biology and analytical chemistry. Drawing on the published research, including studies on Egyptian mummies, I created a project which, besides the standard anthropological analysis of human remains, envisages detailed analysis of 30 selected mummy bundles.

You’ve already performed anthropological analyses of some of the mummies? What are the conclusions?

Almost all people whose remains we’ve investigated suffered from illnesses resulting from hard physical labour. About 30 percent of the studied corpses had ear canal atresia, which was a consequence of frequent diving in cold water of the Humboldt Current flowing along the Peruvian coast. The job of these people was to gather food from the ocean. We’ve also found over a dozen cases of tuberculosis and tumour. The average age of the deceased was between 30 and 40 years. The stress marker analysis revealed that the studied population had access to high quality food. These findings are in agreement with early colonial sources, which speak about the abundance of farms and orchards in Huaura valley, where “our” burial ground is located. We will try to further verify this by analysing the remains for carbon and nitrogen isotopes, the method long used to reconstruct the paleo-diet.

What’s interesting, we’ve found only a few pathological changes suggesting direct participation in combat. At the moment, it is hard to clearly interpret these findings. We haven’t found even a single case of trepanation, which was typical of battlefield medicine in pre-Columbean Andean civilisation. It’s possible that the studied population lived during one of many periods of relevant peace. The analysis of grave goods has revealed that, besides fishing, a large part of the population practised crafts, especially weaving. Since cloth was one of major luxury goods in the Andean region, people buried at these sites could be too important for the society to be sent to war.

What remains to be done? For instance, how do you want to find out whether the deceased came from that area or whether they were immigrants?

We haven’t yet analysed all the bodies. By the way, besides mummies, the cemetery also contains skeletons, which we also study in order to learn how these people differed from those whose corpses were mummified.

People’s origins can be determined by analysing their bodies for strontium, carbon and nitrogen isotopes, which makes it possible to find out where they lived, what they ate in childhood, and whether they spent all their lives in one place. We’d also like to measure the concentration of certain elements that are necessary for the proper functioning of the body. Their excess or shortage can tell us a lot about the condition of Chancay people and provide valuable information about the quality of environment in which they lived. At the moment, it isn’t known if the bodies were mummified intentionally or by accident.

You said that you found tattoos on the skin of many mummies. What did you manage to learn about them?

We would like to know why Chancay people tattooed their bodies and what is the actual meaning of the symbols. But we also focus on more down-to-earth questions: what kind of substances were used for tattooing and body painting? Could they be harmful to health? How were they made?

So far, we’ve been able to determine that at least some of the tattoos were made from soot or pulverised charcoal, which was introduced into the skin carved with a given pattern. Laboratory analyses have indicated that the corpses were dried in the sun and in some cases additionally covered with resin. What makes the latter discovery important, is the fact that the practice has so far been known only from several colonial documents, and now it is confirmed  by laboratory tests. One of the studied mummies was painted with a mixture of several substances, at least one of which, cinnabar (a bright red pigment made from the mineral known by the same name), was used for religious purposes in the Andean region.

The project Biographies of the Nameless. Interdisciplinary Studies of Human Remains Found at Cerro Colorado Archaeological Site is funded by the National Science Centre and carried out by experts from several Polish research centres, including the JU Institute of Chemistry.

Map in the upper left corner: maps.bpl.org, license CC BY 2.0 via Wikimedia Commons