SLPI protein – the key to solving the mystery of psoriasis? 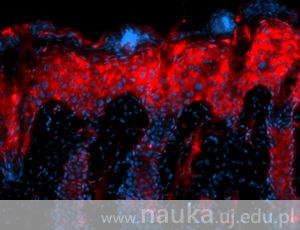 Psoriasis is one of the most common skin diseases. Statistically speaking, when we’re on a city bus, we’re travelling together with three co-passengers affected with this ailment. Researchers from the Jagiellonian University Department of Immunology have taken up the challenge of solving this mystery.

It’s estimated that there are about 80 million people suffering from psoriasis all over the world [1]. They have to struggle with unsightly, often itching, skin lesions in the form of small reddish-brown scabs or plaques covered with scales. These changes are usually located near elbows, knees, nails, or the haired part of the head. In some severe cases they can even cover the entire body.

Although psoriasis was first described by the very father of medicine – Hippocrates, we’re still unable to fully explain its causes. Certainly, it’s not a contagious disease and genetic factors are at least to some extent responsible for its development. This is proven by the fact that if one of identical twins suffers from psoriasis, there is a 67% chance that another twin will also be affected [2]. Environmental factors aren’t without significance either. “The development of the disease is facilitated by stress, bacterial infections, metabolic diseases, certain medications, insufficient hygiene, hormonal changes, and a number of other factors”, comments Dr Beata Grygier from the JU Faculty of Biochemistry, Biophysics and Biotechnology, adding that: “there are many clues suggesting that disorder in the functions of immunological system cells plays a key role in the development of psoriasis. Among these cells are mast cells, whose main role is to trigger a local inflammation in response to foreign substances. This kind of cells helps the body to combat parasites, bacteria, and other microorganisms.” 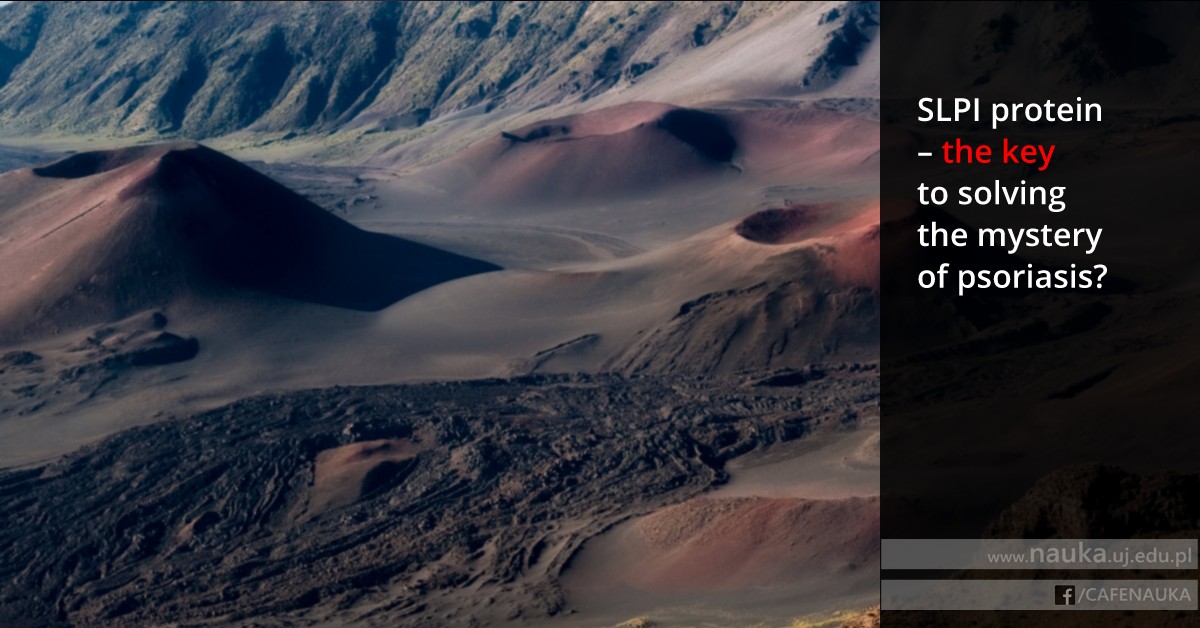 “Skin, especially psoriatic skin, is highly innervated, and mast cells gather close to nerve endings”, describes Dr Grygier. “The proximity of these two types of cells stimulates their interaction. We do know that mast cells can influence some functions of nerve cells, like, for instance, the production of neuropeptides (chemical compounds that transmit information within the nervous system - editor’s note).” This results in a neurogenic inflammation, during which immunological system cells activate the neurons, which, in turn, stimulate the immunological system cells. This process leads to serious disorders. Unfortunately, in spite of the dynamic development of knowledge on the interaction between the nervous and immunological systems, a lot of questions still remain unanswered.

It’s been found out that SLPI protein  (secretary leukocyte protease inhibitor), one of whose functions is to regulate mast cells’ activity, may play an important role in the development of the disease. Under normal conditions it’s responsible for protecting the endothelium against bacteria and viruses, as well as the improper functioning of one’s own immunological system. Latest research also indicated SLPI’s beneficial role in nervous system diseases. “We assume that SLPI hinders the development of neurogenic inflammation and conditions the maintenance of optimal functioning of immunological properties of skin”, says the JU researcher. “Things become more complicated when SLPI does not fulfil its role, which may lead to psoriasis.”

To gain a better insight into this process, researchers from Kraków who carry out studies into psoriasis and SLPI, initiated at the Jagiellonian University by Prof. Joanna Cichy, will conduct observations of healthy and psoriatic human skin. The experiments will also feature two groups of animals: wild mice and those with a wrong SLPI coding gene.

JU researchers hope that the results of their studies will improve our knowledge on the relationship between neuro-immunological disorders and inflammatory diseases, especially psoriasis. “A better understanding of these mechanisms can help us develop effective methods of treatment for psoriasis as well as other diseases with similar etiopathogenesis (the causes and course of disease – editor’s note), concludes Dr Grygier.