Nobel Prize 2017. Physiology or Medicine: what affects the rhythm of day and night? 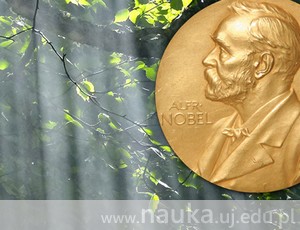 Cyclical changes, such as the day and night rhythm are an inherent part of nature. In 2017 the Nobel Prize in physiology and medicine was awarded to Jeffry C. Hall, Michael Rosbash and Michael W. Young.

The 24-hour day and night cycle results from the Earth’s rotation and the yearly cycle of the seasons, linked to the Earth’s movement around the Sun. In response to these phenomena, living organisms have developed complex mechanisms enabling them to “read” time and adapt to the changing environmental conditions. In the course of evolution they gained the ability to adjust their own physiological and biochemical processes to environmental changes through diverse biological rhythms.

Biological rhythms take place according to different time patterns. The level of some hormones and enzymes, body temperature, expression of certain genes, as well as sleep and wake cycle are regulated by circadian rhythm. On the other hand, ovulation and hibernation are examples of infradian cycles, which are longer than 24 hours. The common feature of biological rhythms is that they are generated inside living organisms, instead of being a direct result of changes in external environment.

'The biological clock is the internal mechanism controlling vital processes of all living organisms, including humans. It generates circadian rhythm with a 24-hour period, whose function is similar to a watch which we use to control the time of our daily activities', explains Prof. Elżbieta Pyza, chronobiologist from the Jagiellonian University. 'The internal clock also gives us signals during day and night, telling us, for instance, to go to sleep. Obeying these commands helps us maintain good health and well-being', adds the scientist.

Small fly with a huge potential

The activity of biological clock is only possible thanks to processes going on at a cellular level, based on cyclical gene expression (that is, their activity or passivity). The molecular mechanism of circadian clock was first studied in the common fruit fly - Drosophila melanogaster. 'This insect provides a good study model, because its genome has been well studied and it’s easy to manipulate its genes, learning about their functions,' explains Prof. Pyza.

Studying Drosophila’s genome, this year’s Nobel Prize winners have identified several genes responsible for controlling the circadian rhythm, having significant impact on its stability and functions. They also explained the mechanism synchronising the biological clock with light.

In 2018, Prof. Rosbash will give a lecture during Neurofly conference in Kraków. The Nobel laureate will talk about the molecular mechanisms of Drosophila biological clock.

Thanks to the discoveries of Prof. Rosbash and his colleagues, chronobiology became one of the most dynamically developing fields of science. The Jagiellonian University Department of Cell Biology and Imaging, led by Prof. Elżbieta Pyza also carries out advanced research into the mechanisms behind the biological rhythms.

'We’re conducting research into various factors influencing the functioning of circadian clock as well as the impact of the clock itself on various processes, including those going on in the immunological system. We’re also studying circadian structural changes in Drosophila and mouse brains, which are regulated by the clock. For example, we know that the internal clock generates circadian changes of the shape and size of neurons, as well as the number of connections between them, which is important for the functioning of the brain. Part of this research was conducted in collaboration with this year’s Nobel laureate Prof. Michael Rosbash', says Prof. Pyza.