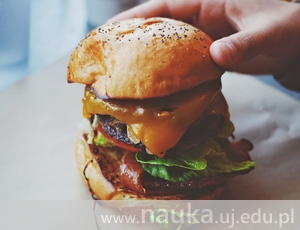 Doctors are sounding the alarm: there are more people at risk of suffering from obesity than malnutrition. But obesity – according to Ewa Kopczyńska from the JU Institute of Sociology – is not only a question of health.


Obesity is the state in which the human body contains too much fat: it’s closely related to a person’s lifestyle and is caused by an imbalance between energy intake and expenditure. It can lead to severe consequences, mainly due to the fact that it increases the risk of cardiovascular diseases, diabetes, musculoskeletal disorders, and some types of cancer.

The current ‘obesity epidemic’ is the most prevalent in Australia and Oceania, North Africa, and the United States (over 30% of  inhabitants of those regions are obese). Most developed and developing countries are not far behind. In Poland, 23% of adults suffer from obesity, and the number is growing.

It’s not easy not being slim

But obesity is not only a health problem. It’s also a cultural phenomenon and, as pointed out by sociologists, anthropologists, and cultural scientists, its perception is a serious social issue. The louder the dieticians’ warnings, the stronger the social stigma and discrimination. Unambiguously negative view of obesity directly influences an obese person’s social status, leading to exclusion: ostracism, aggression, apparent sexual unattractiveness, limited health care, and discrimination on the job market and in public space. ‘Weight stigma’ is a problem that chiefly concerns younger people and women. Obesity is therefore not only an issue for nutritionists and health care institutions, but also sociologists, anthropologists, educators, politicians, and so on.

In 1978, Susan Sontag wrote an essay on how some illnesses gain a certain significance in our culture and become metaphors that far exceed their physical properties. It used to be true for leprosy and plague hundreds of years ago, TB in the 19th century, AIDS and cancer in the 20th century, and  becomes true for obesity right before our eyes. And although in the modern times the ‘responsibility’ for food-related illnesses is ever more frequently transferred to our social environment (laws and regulations, food systems, social norms etc.), at the same time the ‘biocitizenship model’, according to which the status of a person in the community is defined with respect to their body, is more and more emphasised. According to that model, staying fit and healthy is our social responsibility. Obesity is irresponsibility, antisocial thoughtlessness, or wilful ignorance of rules and norms. An obese person owes a debt to the society they live in: their behaviour (little exercise, immoderate consumption) not only violates the rules, but also become a burden to others. Similarly to AIDS and cancer – Sontag writes – obesity is a ‘culpable’ disease, not only a physical state, but also a moral and social one. And just like the metaphors of 20th century diseases reflected fears of contemporary society, so too obesity tells us a lot about the situation we find ourselves in now. All of us, not just the obese.

More than ever, we need to properly organise our food consumption and define our relation to what we consume. There’s plenty of food; in fact, there’s so much that now refraining from eating is considered an achievement. A plus sized body is now not only a sign of culinary tastes and material wealth, but also of gourmandising, cultural incompetence, inability to live in a world of excess – a modern, developed society. After all, if you can’t even control your own diet, you probably won’t be able to manage your professional duties, right?

A chubby child stopped being considered ‘adorable’ or ‘just a phase’, but is rather viewed as a ticking time bomb, and a doctor’s opinion expressed through ‘objective’ BMI sounds to a parent like a sentence.

Growing up in a culture of obesity affects everyone, and children, especially girls, are frequently disciplined by people in their environment: ‘don’t eat so much or you’ll get fat’, ‘I’d skip the dessert if I were you’, ‘you’re getting big, you need to exercise more’, ‘if you’re fat, no one will think you’re pretty’ etc. As a society, we reserved the right to ‘raise’ biocitizens and thanks to the growing medicalisation of obesity, we can now easily control one another’s body weight (Susan Greenhalgh, Fat-Talk Nation).

Born to have a high BMI

The food-body axis has become one of the most important for us. Our social interactions are largely dependent on appearance: it’s said that the first impression is the one to last. Nobody has the time to get to know someone. Rapid, flexible, immediate: these are the qualities that rule the modern market, media, and everyday life. Slim, fit, able bodies are successful, fat and lazy ones are left behind. So, though people with a large body mass are treated differently in different cultural contexts, the dominant feeling are the ones of guilt  and exclusion. A chubby child stopped being considered ‘adorable’ or ‘just a phase’, but is rather viewed as a ticking time bomb, and a doctor’s opinion expressed through ‘objective’ BMI sounds to a parent like a sentence.

Every one of us, no matter the body weight, is constantly at risk of being pushed into a state of illness. The ‘cause’ of that illness is not rooted in risky behaviour (like smoking), or neglecting hygiene, or even uncontrollable, random events, but in normal, everyday activities appropriated by the medical discourse. Food is now valued on the healthy-unhealthy axis, its other properties became less important. It seems that the BMI has become a way for us to escape the chaos of consumption, an apparently simple answer to the question of how to consume. Because we believe that we are what (and how much) we eat.

Ewa Kopczyńska works at the JU Institute of Sociology. She is interested in food sociology and food patterns. She has an online blog called socioplate.