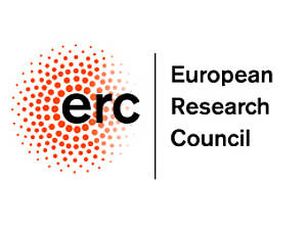 Dr Rafał Banka from the JU Faculty of Philosophy has received a prestigious grant awarded by the European Research Council. The project, entitled ‘Mereological reconstruction of the metaphysical system in Daodejing’, will be realised within the framework of the Horizon 2020 programme.

‘The fact that yet another JU researcher has received an ERC grant confirms that our efforts to motivate scholars to boldly present their ideas on an international forum are proving successful. I have no doubt that research projects conducted by our academic staff are of the highest quality and that they’re just a step away from becoming recognised in the worldwide scientific community. It’s our job as members of the JU administration to ensure they have all the support they need. The success of Dr Rafał Banka, combined with an improvement on last year’s Shanghai Ranking, is a sign that we’re on the right path’, said JU Vice-Rector for Research and Structural Funds Prof. Stanisław Kistryn.

The awarded project entails a reconstruction of the metaphysical system in Daodejing, one of the most important Daoist works in Chinese philosophy, based on a mereological approach (i.e. by studying parts and wholes they form). Taking into account the latest developments in mereology, the author will analyse fundamental elements of Daoist metaphysics, using it as an entry point for further stages of reconstruction, including rules of composition, temporality, and causality. The author will also discuss how that reconstruction is related to location, a widely discussed issue in the contemporary mereological literature. The general motivation behind the project is to fill the gap in the research on Chinese metaphysics, since both mereological and analytical reconstructions in this area are quite scarce. Mereological approach to this aspect of Chinese philosophy (a) offers a comprehensive conceptualisation of Daoist metaphysical system and (b) introduces discussion on topics hitherto absent in Chinese metaphysics.

‘The project will be realised within 36 months. I don’t have the exact dates yet, but in all likelihood I’ll begin in the second semester of the 2019/2020 academic year. I’ll work on my own, but my research will provide a foundation for future collaboration within a team’, said Dr Rafał Banka. ‘I was always interested in integrating Chinese philosophy with other traditions, particularly the Western ones. This project is exactly that. I’m going to introduce Daoist thinking into the contemporary studies on metaphysics. I aim not only to learn more about non-Western philosophical tradition, but also integrate it into global discussion’.