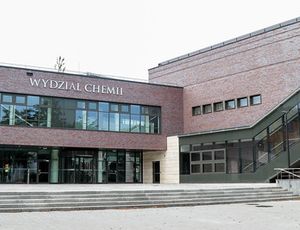 Liquid dispersions of zeolite monolayers with high catalytic activity prepared by soft-chemical exfoliation is the title of the latest publication by JU researchers in Science Advances. The pioneering study described in the project was initiated by scientists from two JU Faculty of Chemistry units: Solid Catalysis and Surface Science as well as Polymer and Biomaterials Nanotechnology.

The paper describes the first direct exfoliation of zeolites into suspension of monolayers as proof of the concept, which enables diverse applications including membranes and hierarchical catalysts with improved access. Zeolites have been known as extraordinary catalysts and sorbents with three-dimensional structures but emerged as an unexpected new class of layered solids contributing previously unknown valuable features: catalytically active layers with pores inside or across. The self-evident question of layered zeolite exfoliation has remained unresolved for three decades – until now.

‘Zeolite layers  introduce new characteristics to the chemistry of layered materials in the form of strong acid sites and nanopores that can be employed in catalysis in order to separate molecules or to create membranes. The synthesis we described in the paper relies on the reaction between 2D zeolite with tetrabutylammonium hydroxide solution and separating the colloid in a centrifuge. For some of the preparations, we have achieved as much as 40 percent efficiency. The key element here was not only to separate the colloids, but also to confirm that they contain monolayers, which we accomplished by using advanced microscopy and X-ray techniques in collaboration with the Charles University in Prague and NIMS in Japan’, explained Prof. Wiesław Roth from the JU Department of Inorganic Chemistry, one of the authors of the paper.

The resulting monolayers can be treated as gigantic flat molecules and combine them with appropriate substances and nanoparticles, thereby synthesising hybrid materials and composites with hierarchical structure and properties that make them usable in particle separation and catalysis. The described exfoliation and unequivocal proof of strong presence of monolayers in the colloids removes the formal differentiation between 2D zeolites and other layered materials. It also opens new possibilities of synthesising functional hybrid and hierarchically structured materials. Additionally, the authors make predictions on potential applications of zeolite monolayer colloids based on anisotropic physical properties of 2D materials.

The paper was co-authored by Prof. Barbara Gil and Prof. Wiesław Roth (Solid Catalysis and Surface Science), Prof. Szczepan Zapotoczny and Dr Karol Wolski (Polymer and Biomaterials Nanotechnology) as well as PhD candidates Justyna Grzybek and Katarzyna Kałahurska. It can be viewed at advances.sciencemag.org. 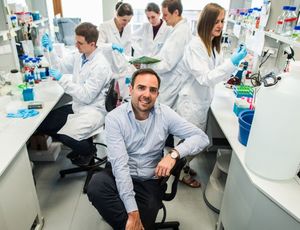 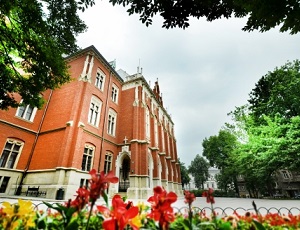