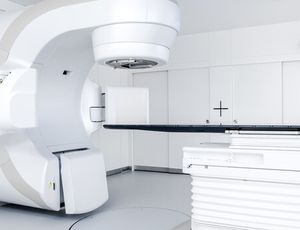 Dr Aleksandra Wrońska from the JU Faculty of Physics, Astronomy and Applied Computer Science will receive funding within the framework of the Bilateral exchange of researchers between Poland and Germany programme financed by the National Agency for Academic Exchange (NAWA). Her project, entitled SiFi-CC: A novel type of Compton camera for online monitoring of proton therapy, will be realised in collaboration with RWTH Aachen University.

The programme provides support for joint Polish-German research projects by covering travel expenses and the cost of accommodation (separate funds need to be secured to cover the actual projects). Polish higher education institutions such as universities, institutes, research centres and other research-focused organisations are eligible to apply for funding. Based on the recommendation of a joint Polish-German committee for project selection, 10 projects awarded with grants in the years 2021–2022.

Among them is the project led by Dr Aleksandra Wrońska from the JU Department of Hadron Physics. The aim of the project is to develop a dedicated setup for prompt-gamma imaging. The proposed setup will have two modes of operation: as a Compton camera (CC), and as a coded-mask detector (CM). It will take advantage of modern, heavy scintillators. Compton cameras of this type have not been previously tested. The aim of the project is not to produce a working device for medical purposes, but rather providing a proof of concept.

According to its description, the research project is a response to a widely-agreed notion that online monitoring will elevate proton therapy to a whole new level of precision. The methods employed in the project have not been previously tested, and their development could alleviate some of the problems faced by other research groups. The development of online monitoring could make proton therapy more safe and secure; considering that cancer is the second most prevalent cause of death in Europe, the project could become a great contribution to society.

Dr Aleksandra Wrońska works at the JU Department of Hadron Physics. Until recently, she was mostly concerned with basic research  in hadron physics. After the establishment of the Cyclotron Centre Bronowice, the first Polish centre for proton therapy, she focused on the medical use of particle physics. Together with her colleagues from RWTH Aachen University, Cyclotron Centre Bronowice and the University of Silesia, she described gamma emission from phantoms irradiated with therapeutic photon beams. It was this study that resulted in the idea of developing a device for online proton monitoring.

Dr Aleksandra Wrońska is the author or co-author of several dozen research papers. For 10 years, she was the scientific secretary for the series of MESON international conferences. She is currently also the Dean’s Proxy for Gender Equality at the JU Faculty of Physics, Astronomy and Applied Computer Science.