100 years of the International Astronomical Union 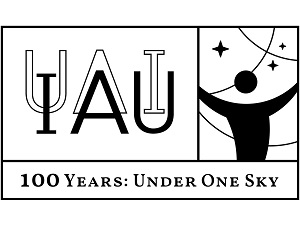 2019 marks the 100th anniversary of the foundation of the International Astronomical Union (IAU). To celebrate this occasion, a number of events are held throughout the year at the JU Astronomical Observatory.

The international Astronomical Union has established a committee to coordinate the anniversary celebrations worldwide (www.iau-100.org), as well as national committees, one of which is responsible for the jubilee events in Poland (www.iau100.pl).

Throughout the year 2019, events to mark the anniversary are held on global, regional, national, and local level, with two large projects specifically addressed to schools and teachers: “Einstein Schools” and “Open Astronomy Schools”. The International Astronomical Union would also like to sensitise the public to the need for protection of dark sky as part of the natural and cultural heritage of the whole mankind, so that the future generation can also admire the starry night sky.

The jubilee events at the JU Astronomical Observatory started in January 2019 with the inauguration of the meeting series “Night under the stars”, which will continue for several months.

The International Astronomical Union aims to stimulate the development of astronomy by fostering international research collaboration, science communication, education and the advancement of research, technology and culture. The IAU brings together over 13.5 thousand astronomers from over 100 countries.

Poland has been part of the IAU since 1922. Its Polish members include 18 researchers from the JU Astronomical Observatory. So far, two JU astronomers have occupied the position of the IAU Vice-Presidents: Prof. Tadeusz Banachiewicz (1932-1935 and 1935-1938) and Prof. Eugeniusz Rybka (1952-1955 and 1955-1958). It is also worth noting that in 1973, to mark the 500 anniversary of the birth of Nicholaus Copernicus, the IAU held the symposium in Kraków. During the meeting, entitled Confrontation of Cosmological Theories with Observational Data, Brandon Carter presented the anthropic principle, according to which the conditions that are observed in the universe must allow the observer to exist.