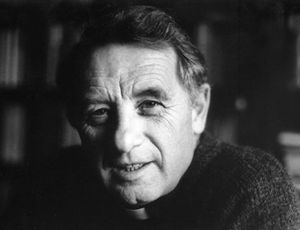 In 2020, the 2nd International Tischner Congress will be organised to commemorate the 20th anniversary of Józef Tischner’s death. During the 1st International Tischner Congress in 2011, his legacy was observed through a prism of ‘Truth and Goodness’ – this time the main topic will be the ‘Faces of Freedom’. When talking about man and social issues, the question of freedom is, after all, of fundamental importance.

To Tischner, freedom was, above all, a way for goodness to exist. He did, however, try to understand and describe why freedom can, in some situations, also become a wretched gift, that some are incapable of handling and therefore run away from, and that others turn into a gateway through which they let evil enter our world. A wide spectrum of possible analysis and research opens up for inspection, allowing for a reflection on the very structure of freedom, its various fruits – both the good and the poisoned.

The organisers would like to invite those who are willing to join in this discussion to participate in the Congress and, so as to maintain some order in said discussion, to propose to focus on the issue of freedom in three main areas which were subjects of interest to Tischner himself:

All interested in participating in the II International Tischner Congress Faces of Freedom are requested to send a conspectus of their planned speeches (either in Polish or in English) by 15 January 2020 to kongres@tischner.org.pl.