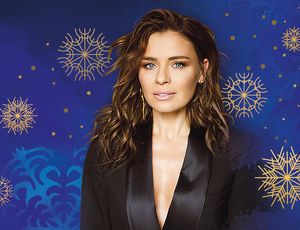 The Jagiellonian University is hosting the New Year’s Concert featuring a well-known singer and dancer Natasza Urbańska, as well as the Beethoven Academy Orchestra, Band, and Michał Kaczmarek. Discount tickets will be available to JU staff.

The University New Year’s concert has been organised by the Jagiellonian Unviersity annually for many years. On the first Sunday of the year, the JU Auditorium Maximum has hosted performances by music and entertainment stars, such as Justyna Steczkowska, Sinfonietta Cracovia Orchestra, Maciej Niesiołowski, MozArt Group, Anna Szałapak, or Waldemar Malicki with Filharmonia Dowcipu (Joke Philharmonic).

The special guest for 2020 will be Natasza Urbańska, who will sing world’s chart topping songs in new dynamic arrangements for band, orchestra, and wind trio. This unique concert, prepared by numerous musicians, choreographers, visual artists, and – of course – Natasza Urbańska herself. Every minute of the show will carry a portion of brand new sensations. The concert will be accompanied by specially choreographed dance performances, as well as special visual and light effects.

Natasza Urbańska will perform in a duo with Michał Kaczmarek, who will also sing cover version of Queen songs.

Concession price tickets for Jagiellonian University staff members (current and retired) as well as other eligible persons can be purchased in the JU Staff Benefits Office at ul. Straszewskiego 27, room 5, tel. (+48) 12 663 14 66.