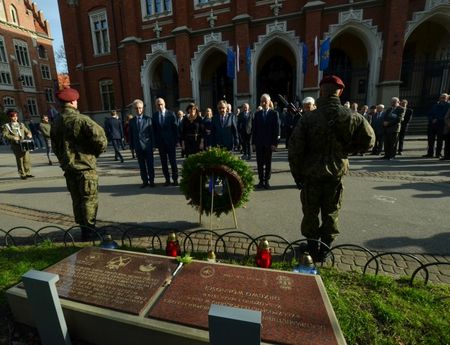 The Academic Remembrance Day marks the 83th anniversary of the treacherous arrest of 183 professors of the Jagiellonian University and other Kraków higher education institutions by Gestapo and their deportation to concentration camps in Sachsenhausen and Dachau, where over a dozen of them lost their lives. Each year, the JU academic community marks this tragic anniversary together with other academic institutions from Kraków.