Kraków archaeologists carry on with their pioneering work in Israel 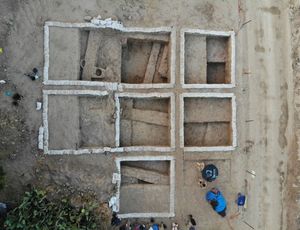 A team of researchers from the JU Institute of Archaeology of the Jagiellonian University led by Prof. Krzysztof Ciałowicz has begun another season of excavations in Israel. During the next month, they will investigate the Tel Erani site, where they have previously found well-reserved remains of a 5,000 year old wall.

Tel Erani (now Israel) saw many important historical events that shaped the cultural identity of the region. The site is located near Kiryat Gat and covers approximately 26 hectares. For years, researchers have believed that the first urban civilisation of Southern Levant arose on the foundations of Egyptian culture. During the early Bronze Age, these two regions began training extensively, culminating in the arrival of settlers from the Nile River Valley in Israel and Gaza Strip. From there, the Egyptians exported resources and products they could not find on their own lands – copper, wine, and olive oil, for which they probably paid with grains, fish, and meat.

JU archaeologists came to Tel Erani in 2013. They mapped out a part of the city’s infrastructure from the early Bronze Age as well as an Egyptian trading post. They have proved that when the first Egyptians arrived, Tel Erani was already encircled by a thick defensive wall and had a clearly designated residential area containing public facilities. These findings have shown that the community living there was much more advanced than it had previously been thought.

‘Our greatest success this year is undoubtedly finding a 11-metre-thick wall and ending the lengthy debate about its origins. It is an impressive construction made out of mudbricks. I can safely say that it is the oldest mudbrick wall in Israel. We estimate it was built about 3,300 years BCE and it is yet another proof that Tel Erani was a thriving community even before the arrival of the Egyptians. It gives us a strong basis to dismiss the theories about ‘an Egyptian impulse’ leading to construction of the first cities in Levant’, explained Prof. Krzysztof Ciałowicz.

The archaeologists have also examined an area where they had previously found traces of settlers from the Nile River Valley, such as typical Egyptian ovens and numerous fragments of bread baking pans. It is now clear that although the clay used to make these was local, the people who made them came from Egypt. Some of the objects the archaeologists found were also made from imported materials. The researchers believe that this proves beyond all doubt that the Egyptians had a permanent settlement in Southern Levant. Although it is not clear how large their numbers were, the archaeologists speculate it might have been as many as several dozen people.

‘This year, we plan to greatly expand the scope of our research, chiefly by using geophysical methods. We’ll definitely continue working in the area around the wall. We’d like to be able to dig down to its base’, explained Dr Marcin Czarnowicz. ‘We’ll devote the most attention to our main excavation. We’d like to pinpoint the time periods during which this region was inhabited. Finally, we’d also like to investigate the first traces of Egyptian culture on the site and discover its extent in 4,000 BCE’, he added.

The project is funded by a grant from the National Science Centre and realised in collaboration with Ben-Gurion University of the Negev, Israel Antiquities Authority, and the University of Buenos Aires. Aside from professional archaeologists, a large number of students and PhD candidates from Kraków also participate in the excavations. 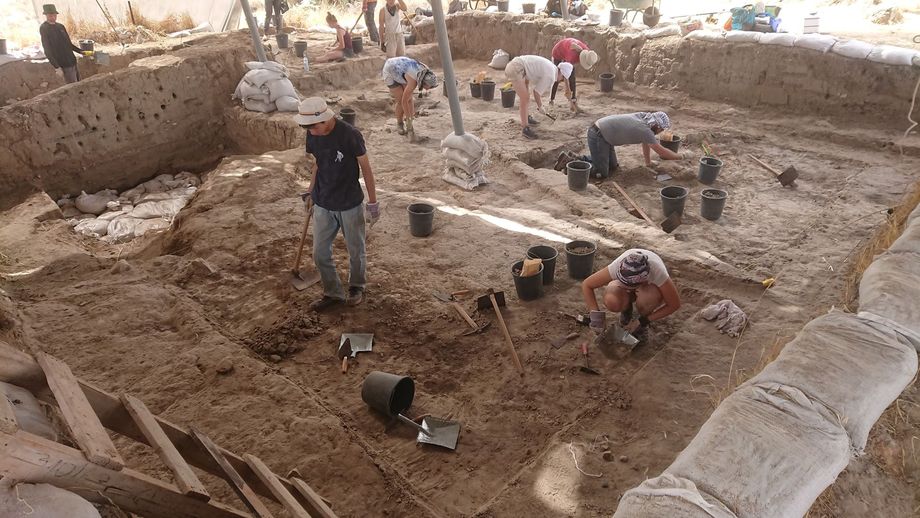