Psychologists at JU will check how smog affects children’s brains 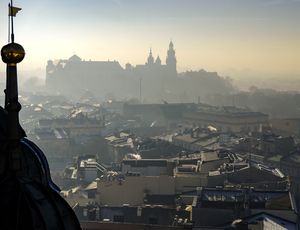 Polish researchers associated in the NeuroSmog consortium will examine several hundred children to study the impact of smog on developing brains. They have received over 15 million zlotys (~3.5 million euro) from the Foundation for Polish Science within the framework of the Team-Net programme. The research project will be conducted by the JU Institute of Psychology and the Institute of Environmental Protection in Warsaw, with the latter developing air pollution maps.

The researchers aim to prove a hypothesis on the negative influence of smog on the development of brain, hitherto discussed only in a handful of studies. ‘We think that the project will provide us with solid and reliable data on what smog does to children’s brains in concentrations found in Poland. If they are as dire as we suspect, then hopefully our discoveries will convince Polish and European policymakers to act and resolve this issue’, said project leader Dr hab. Marcin Szwed from the JU Institute of Psychology.

There is no doubt that smog is harmful to our health. The World Health Organisation warns that air pollution is one of the most dangerous threats to the well-being of people across the world. Although until recently it was believed that smog is damaging mainly to the respiratory system, we now know that the toxic particles can penetrate living tissue, causing inflammations and pathological changes in almost all parts of our bodies. Lately, it has also been suggested that smog may decrease fertility in men, while pregnant women breathing polluted air are more likely to miscarry or bear smaller children that are more susceptible to neurodevelopmental disorders such as ADHD.

Kraków and Warsaw researchers not only want to understand the role of smog in ADHD, but also determine which neural pathways or parts of the brain are adversely affected by it. ‘We will examine 800 children aged 10 to 13. Some of them have been diagnosed with ADHD, while others exhibit no apparent neuropsychological disorders. Aside from brain imaging, all participants will be subjected to extensive psychological examinations in order to provide as much reliable data as possible’, said Dr hab. Marcin Szwed.

The consortium will be divided into four teams focusing on different aspects of the study: air pollution modelling, child psychology, neuroimaging, and epidemiology. The will use an array of interdisciplinary research methods, such as latest techniques of pollution concentration assessment, MRI scans, and psychological diagnostics.

The researchers hope the results of their study will underscore the impact of smog on our health, particularly since it will be conducted in much higher concentrations of smog than similar projects carried out in the past – for instance, in the Netherlands. This is because when it comes to air pollution, Poland is, unfortunately, one of the leading countries in the world. Out of ten most polluted European countries, three are located in Bulgaria, while the rest are in Poland.

The Institute of Psychology, which coordinates the project, is a leading research and teaching institution in Poland. Its staff currently realises more than 60 grants with an estimated total value of 55 million zlotys (~12.6 million euro).