To study microscopic samples, scientists often employ computer tomography, which relies on X-rays and polycapillary optics. However, this can sometimes cause problems: to create a 3D model of an object, one has to rotate it and scan its surface. Two researchers from the JU Institute of Physics and the JU SOLARIS synchrotron, Katarzyna M. Sowa and Prof. Paweł Korecki, aim to facilitate this process by devising an unconventional imaging technique.

Upon encountering the term ‘X-rays’ or ‘X-radiation’, many of us immediately think of photographs of broken bones or airport baggage scanners. What we don’t realise is that X-rays are commonly used not only in health care and security, but also in research labs: to describe and explain the world that surrounds us. Thanks to X-rays, we can determine the elementary composition of various objects and produce images of microscopic cracks in materials. One of the most common application of X-rays is CT imaging of microscopic objects in order to learn their structure and create 3D models.

X-rays are electromagnetic waves , just as sunlight, microwaves or radio waves, but with much higher frequency, and consequently, much higher energy. Because of that, controlling them requires the use of special equipment, much more sophisticated than regular lenses that register visible light. One of the types of techniques used to focus X-rays is polycapillary optics. Polycapillaries are made up of hundreds of thousands microcapillaries (extremely thin tubes) arranged in hexagonal structures similar to honeycombs (Fig. 1), which reflect X-rays because of the phenomenon known as total internal reflection.

This way, X-rays can be focused on a point that is several times smaller than the diameter of a single hair. A beam emitted from such a device has the shape of a very thin cone. Unfortunately, the field of view of these types of lenses is very narrow, which makes tomography difficult and ineffective – aside from rotating the sample, one has to also scan its surface.

In their X-ray optics laboratory optiXlab located at the Department of Synchrotron Radiation at the JU Institute of Physics, Katarzyna M. Sowa and Prof. Paweł Korecki have developed an innovative method of computer tomography that uses a large number of very thin conical beams that have a common focus (confocal beams1) emitted via a specialised piece of equipment of their design (Fig. 2).

How does it work? Firstly, divergent X-rays emitted from a source are introduced into the first polycapillary, which turns them into a parallel beam. Next, the beam goes though the mask, which is a thin tungsten foil with about a thousand microscopic holes. These pinholes allow only some parts of the beam to pass through, which creates a thousand ‘microsources’ of X-rays. Finally, these microscopic beams are captured by the second polycapillary and focused on a desired object, hitting it from different sides.

This method eliminates the need to rotate samples during the procedure and allows for high quality images of objects in a resolution that is impossible to achieve using conventional optical elements (about 0.5 μm). A pilot experiment was conducted on a specially prepared tomographic phantom, i.e. a very thin glass tube filled with glass balls with a diameter of 25 μm). The image on the right (Fig. 3) shows a comparison between a single projection of a conventional CT scan and a CT scan employing conical tomography in multiple beam geometry.

The CT method involving ultranarrow cone beams may be used in a variety of experiments, such as high resolution imaging of biological objects which require minimal exposure to radiation (by lowering the duration of the measurements). In the future, the method described in this article will be used in the POLYX beamline in the SOLARIS synchrotron, which is scheduled to be open in 2022. 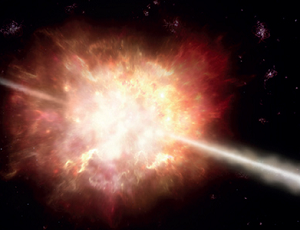 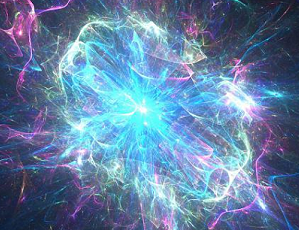 Quark and neutron stars: how do we tell them apart?