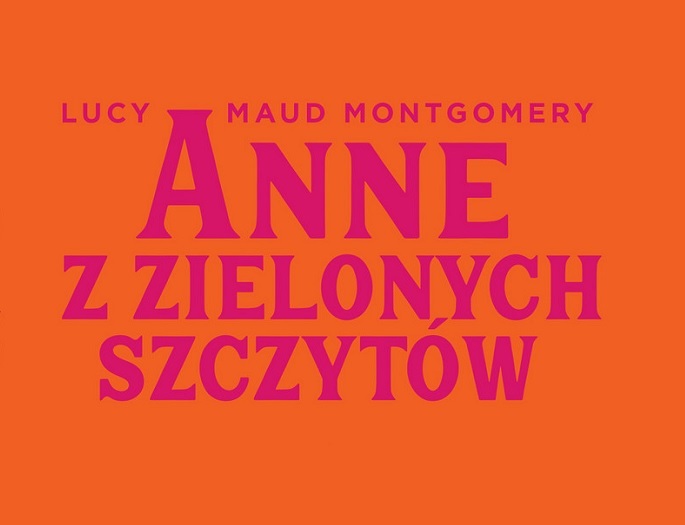 The recently published new Polish version of Anne of Green Gables by Lucy Maud Montgomery, long known to Polish readers as Ania z Zielonego Wzgórza has provoked lots of controversy. As the novel occupies a special place in the hearts of many Polish readers, the reactions to the publication have often been very emotional.

Most strikingly, the protagonist of the latest Polish translation of the book known to several generations of Polish readers as Ania z Zielonego Wzgórza is… no longer called Ania (the Polish diminutive of Anne). The translator Anna Bańkowska has decided to entitle the new version Anne z Zielonych Szczytów. What are the reasons behind this decision? Why is it so controversial? To answer these questions, it is necessary to refer to the earlier Polish translations of Montgomery’s most popular novel and their reception by Polish readers.

The astonishing career of Ania

It all began in 1911-1912, when, only three years after the publication of Anne of Green Gables, Rozalia Berstein (Bersteinowa) created and published the first Polish translation of the novel, entitled Ania z Zielonego Wzgórza. The book quickly won great popularity, which continues to this day. For several dozen years, the sentimental, poetic and somehow sanitised translation by Berstein was the only Polish version of the novel. No wonder why most Polish readers associate Anne of Green Gables with a romantic or even mawkish “novel for young ladies”. Only at the turn of the 20th and 21st centuries, the Polish book market was flooded with new translations of this and other works by Lucy Maud Montgomery. This trend was so strong that it was even referred to as the “Montgomery festival”. More recently, the Canadian writer’s fiction has become a popular subject of academic studies and critical analyses. Over a dozen Polish translations of Anne of Green Gables have been published so far, which is a lot, especially when compared to other books for young readers. It should be noted that none of the authors of previous Polish versions dared to change the title proposed by Bersteinowa, sanctified by long tradition and enthusiastic reception by several generations of readers.

Where did Anne live?

The distinctness of the new translation by Anna Bańkowska is apparent at a glance. It would seem that her version of the novel, entitled Anne z Zielonych Szczytów,  is a result of the abovementioned growth of academic reflection on Montgomery’s writing. The translator’s choices, though frowned upon by many readers, seem to be based on a consistent strategy aimed to make the Polish version as close to the original as possible.

The first and most striking changes are obviously related to the very title. The long-established Polish title Ania z Zielonego Wzgórza implied that Anne was from “a Green Hill”, whereas the English word ‘gable’ has nothing to do with hills, meaning an upper end of the house wall which forms a triangle between the intersecting roof pitches. The Polish name for this architectural feature, very typical for Prince Edward Island, where the novel is set, is ‘ściana szczytowa’ or simply ‘szczyt’, and thus the  phrase ‘of Green Gables’ can indeed be polonised as ‘z Zielonych Szczytów’. It is worth pointing out that ‘Zielone Wzgórze’ – the ‘Green Hill’ to which the Polish readers have been accustomed to – was most probably borrowed by Rozalia Bersteinowa from the Swedish translation of the novel, authored by Karin Jensen and published in 1909 under the title Anne på Grönkulla (‘Kulla’ meaning ’hill’). The Polish readers have been so attached to this sentimental name, not very faithful to the original, that changing it by Anna Bańkowska has been hotly disputed. The same might be said about other differences between the latest and previous Polish versions of the famous novel. Analysing them leads to the conclusion that many changes meet with opposition from the readers because these alterations contradict or question the well-established vision of the protagonist and the entire work. Yet, it must be admitted that while the new translator’s choices depart from what the version familiar to Polish readers, they definitely bring the Polish version closer to the original.

Casual observers may perceive the entire dispute as a tempest in a teapot (fans of the novel must have noticed the allusion to one of the chapters, whose Polish name, possibly to their relief, remained unchanged in the new translation). Yet, what is well known to literary scholars and intuitively understood by most ‘ordinary’ readers, the problem is related to much more fundamental issues. The reception of literature, especially for children and young adults is inherently linked to the entire universe of childhood, including early memories, first reading experiences as well as other factors which shape the person’s character, worldview, and reading taste. In this context, even apparently minute details can play a major role.

Changing characters’ names, names of places important for the plot, or the way characters speak is often perceived as an attack on the idealised ‘land of childhood’.  This is why the latest translation, like all those departing from the canonical one, must have sparked the outrage of readers, who emphatically pledge their fidelity to the version through which they first became acquainted with their beloved novel. Such a reaction is perfectly understandable and Anna Bańkowska herself declared that she is fully aware of the implications of her breaking with the tradition.

Everything which is new, different, and unusual needs time to get accustomed too. This is also the true about the new translation of L. M. Montgomery’s most famous novel so the readers should be advised to take their time and give the translator a chance.