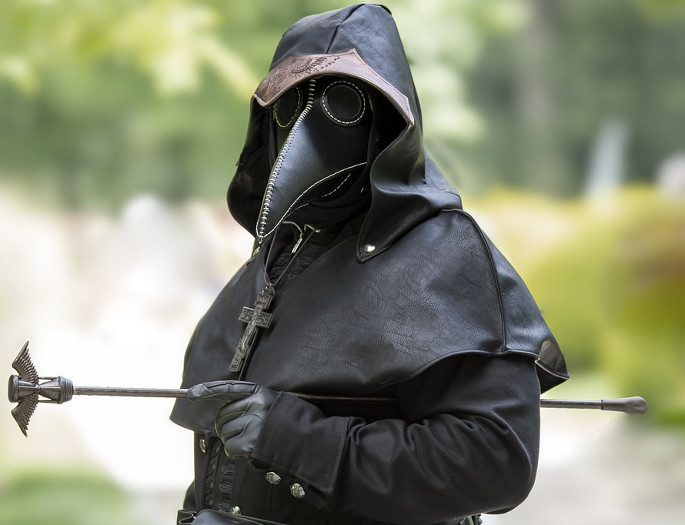 Data collected by researchers from pollen in 19 European countries in order to estimate the regional death rate following the outbreak of the Black Death indicates that although the disease ravaged the population of many parts of the continent, there were also areas where its impact was minimal or even non-existent. The study is a perfect illustration of the importance of adopting an interdisciplinary approach in research to understand past and future pandemics.

The Black Death, which plagued Europe, West Asia and North Africa in the years 1347–1352, is commonly recognised as the worst pandemic in human history. It was the first wave of what is now called the second plague pandemic. Until now, historians estimated that it decimated the European continent, resulting in the death of up to 50% of its population. This led them to assume that the plague caused deep changes in religious and political structures, going as far as pinpointing it as the cause of major cultural and economic transformations, such as the coming of the Renaissance and the rise of capitalism. Although DNA research has positively identified the bacterium Yersinia pestis as the cause of the Black Death and even allowed scientists to observe its evolution across millennia, the demographic data on the subject is still scarce.

New research published in Nature Ecology and Evolution proves that the death rate of the plague in Europe in the middle of the 14th century was not as high as it was previously thought. The publication is the result of a study carried out by an international research team led by Palaeo-Science and History group of the Max Planck Institute in Jena, the head of which is Dr hab. Adam Izdebski from the Jagiellonian University Department of Ancient and Byzantine History, working closely with historical demographers Dr hab. Piotr Guzowski and Dr Radosław Poniat from the University of Białystok and making use of data collected by biologist Prof. Mirosława Kupryjanowicz from that same university. Scientists analysed pollen samples from 261 lakes and marshes found in 19 countries across Europe. The aim of their research was to show how natural landscapes and agriculture changed between 1250 and 1450, i.e. roughly one hundred year before and after the pandemic. The analysis of the data they collected shows that though some regions in Europe were devastated by the disease, some others suffered much less damage.

‘Palynology, or the study of fungal spores, plant pollen and microscopic plankton organisms, is a very effective tool for learning about the demographic impact of the Black Death. This is because the pre-industrial human impact on the environment, particularly agriculture and forestry, were very much dependent on access to workforce’, said Dr hab. Adam Izdebski.

By employing a new approach called Big Data Palaeoecology (BDP), researchers have analysed 1,634 samples of pollen from all over Europe in order to check what plants could be found in various regions. In this way, they determined whether agricultural activities during the pandemic in a specific place have decreased or increased, which is directly related to dwindling or rising population. They also checked if there were any indications of wild plants encroaching upon farmlands and urbanised areas, which would be a sign of lower pressure exerted by humans over the environment.

Research suggests that the death rate during the Black Death differed greatly depending on region. In some areas, the number of deaths was massive, in others, the threat was relatively low. For instance, the sudden plummet of agricultural production in Scandinavia, France, south-western Germany, Greece and central Italy is a proof of high mortality, but other regions, like most of Central and Eastern Europe as well as Ireland and the Iberian Peninsula, show either no changes or even an increase in human agricultural activities.

‘The differences in death rates that we have confirmed using BDP needs more investigation, bearing in mind cultural, environmental, economic and social factors of each region. Various factors could have had an impact on the spread of the disease, infectivity and mortality’, said Dr hab. Piotr Guzowski from the University of Białystok.

There is no single model of a pandemic

One of the reason for the project’s uniqueness is the fact that most of the historical sources previously used to study the impact of the Black Death came from urban areas, which had higher literacy and bureaucracy, but also higher population density and worse sanitary conditions. At the same time, more than 75% of the population of Europe lived in rural areas. This shows that in order to accurately assess the damage in each region, it is necessary to make use of local data: not only information gathered from historical sources, but also that which we can glean from the environment using BDP.

‘There is no single model of a pandemic or an epidemic of the plague which can be applied to every place at every time, irrespectively of context. Pandemics are very complex phenomena that have their own regional histories. We can see that in the case of COVID-19, and we proved that was also true for the Black Death’, said Dr hab. Adam Izdebski.

Differences in the death rates across Europe shows that the plague was a very dynamic disease influenced by various cultural, ecological, economic and environmental factors. Researchers hope that in the future, palaeoecological data could be applied in a broader context to understand how regional conditions impacted past pandemics and still impact those that we face in the present day.