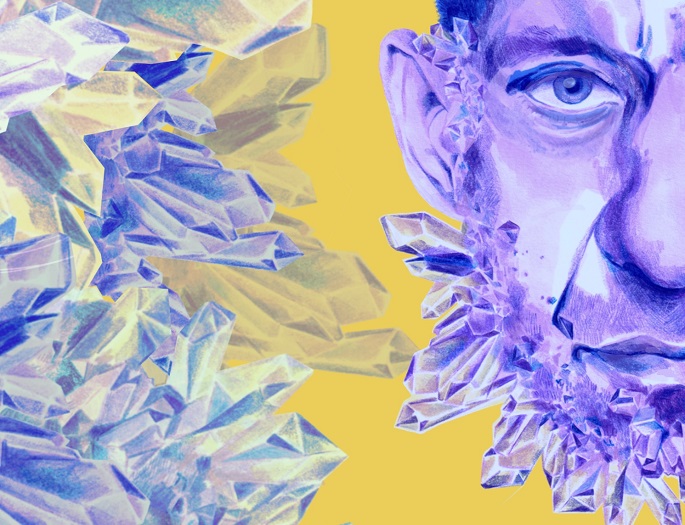 Prof. Krzysztof Sacha from the JU Faculty of Physics, Astronomy and Applied Computer Science has experimentally realised discrete time crystals in collaboration with US scientists. Researchers from Prof. Sacha’s faculty will discuss what his discovery of a new quantum phase of matter actually means and why it is so important.

Last year, mass media around the world reported the creation of a time crystal inside Google’s quantum computer. Does this mean that we have already entered the age of Star-Trek-like multidimensional spatio-temporal electronics? Not yet, but it may be argued that such a world is now much closer than it used to be just a few years ago. At the moment, both the quantum computer and the time crystals are still at a very early development stage. The word qubit (quantum bit) was coined only 26 years ago and the idea of time crystals was proposed as late as 2012 by the Nobel laureate Frank Wilczek. Let’s take a closer look on what the sensational news truly means. Will time crystals become part of our everyday life, similarly to ‘ordinary’ silicon crystals of which processors of various devices around us are built?

Traditional crystals are formed as a result of the spontaneous (unforced) self-organisation of atoms in space. To understand what crystallisation consists in, it is necessary to introduce the concept of symmetry and its breaking. The common meaning of the term “symmetry” is associated with a state of ideal balance and harmony. Mathematicians and physicists understand the term in a more abstract manner, but simple examples of mathematical symmetry can be understood even by a five-year old. A ball rotated to any angle always looks identically, which means that it is characterised by continuous rotational symmetry – continuous, because it is not dependent on rotation angle. A cube (with square faces) is less symmetrical, as the lowest angle to which it can be rotated so that it looks the same is 90 degrees. Hence, a mathematician would say that a square has a discrete rotational symmetry. Likewise in physics, an empty space has a continuous translation symmetry, as it looks identically from the perspective of any point. On the other hand, atoms in a crystal are known to form an ordered three-dimensional system. In this case the original continuous symmetry is broken. Atoms in a crystal take up very specific positions and the system doesn’t look the same from the perspective of any two different points. In crystals this process takes place spontaneously and hence it is referred to as the spontaneous breaking of space translation symmetry.

In 2012, in the article „Quantum Time Crystals” Frank Wilczek suggested an analogical process in which the self-organisation takes place in time instead of space. This simple and yet ground-breaking idea has stirred the imagination of scientists all over the world. In short, a time crystal would be a system which spontaneously puts itself in a periodic motion in the state of lowest energy. Such an object would be an ideally periodic, stable quantum clock not requiring any energy input. The idea looked strange and intriguing at the same time. However, it soon turned out that the model proposed by Wilczek is incorrect. Soon after, in 2014, Prof. Krzysztof Sacha from the Jagiellonian University proposed the mechanism of spontaneous breaking of discrete time translation symmetry. The phenomenon was named as ‘discrete time crystals’, although currently it is frequently referred to by its original name ‘time crystal’. What is Prof. Sacha’s revolutionary idea about? Firstly, the ‘discrete’ time crystallisation occurs in periodically driven systems, that is such systems where already exists a partial order thanks to a periodic application of an external force. In a standard situation the matter’s period of motion is the same as that of the driving force. As a result of crystallisation, the matter starts to spontaneously evolve with a period different than that of the driving force. The new period of the system’s dynamics is an integral multiple of the driving force period. In other words, the system starts to spontaneously evolve n times slower than before the crystallisation. Such a spontaneous process results in the creation of a structure that is n times larger or more stretched in time than before the crystallisation process. Such a behaviour, like in the case of an ‘ordinary’ crystallisation, is linked to the creation of a stable state, which in perfect conditions should not absorb energy from the oscillating environment.

Illustration of spontaneous breaking of discrete time translation symmetry in a periodically driven system of multiple bodies. As a result of the coexistence of two periodic structures, the initial state is characterised by repetitive behaviour corresponding to the driving period. However, even a small distortion of the initial state can lead to the spontaneous reorganisation of the system, which starts to evolve with a period two times longer than the initial one. The new periodic motion, that is, the new time crystalline structure can be observed using a detector (łamanie symetrii = symmetry breaking, zarejestrowany sygnał = registered signal, czas = time).

The latest experiment, the results of which have been published in Nature Communications, is considered to be a milestone in the efforts to realize chip-scale time crystals, paving the way from specialist laboratories to practical applications. The experiments are centred around a tiny optical cavity (discus-shaped resonator, one millimetre in diameter) linked to two diode lasers. The experiments may be conducted in room temperature and don’t require using very complicated and expensive laboratory equipment.

Discrete time crystals realized earlier were small crystals in time dimension, as they evolved with a period two or three times longer than the period of changes of the external driving force. The paper published in Nature Communications shows that large time crystals can be obtained in a lab, which opens up new horizons for the realization of and research into phenomena of solid state physics in time domain. The article discusses the occurrence of defects in discrete time crystals, that is, temporal counterparts of defects found in traditional spatial crystals, such as atom cavities or interstitial atoms.

The original text, mostly authored by Krzysztof Giergiel, Arkadiusz Kosior, and Andrzej Syrwid is available on the website www.nauka.uj.edu.pl.