1Question: How to measure planets and stars? 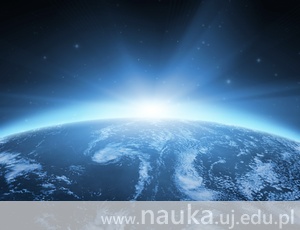 What can we learn by studying radiation (including light) coming to Earth from space? Prof. Marek Urbanik from the JU Astronomical Observatory, a specialist in the area of galactic magnetism, sheds light on his research.

1Question is a series of articles by the University Marketing science promotion unit, in which specialists and experts from various fields briefly discuss interesting issues related to the world, civilisation, culture, biology, history, and many more.

Astronomy (and astrophysics in particular) is based on measuring objects solely by the radiation they emit. Although robots and other devices that gather data directly from the surfaces of astronomical objects have reached as far as the orbit of Saturn, they still provide information about a tiny fragment of the universe. The information we receive from the analysis of radiation is much more abundant. Here are some examples:

We have learned to measure our distance to other planets and stars by making use of the parallax phenomenon. It's like looking at your finger with one eye and then the other, and then moving the finger a little further away and doing it again. The method works best in the case of near stars.

Astronomers can also weigh stars. The best way to do it is to study binary stars – the ones close enough that their gravitational pull affects each other. Such stars circulate a fixed point in space called the centre of mass. To weigh them, we make use of Kepler's third law.

Measuring the velocity of astronomical objects is yet another challenge for astronomers. We can do it effectively thanks to what we call the Doppler effect. The best example of this is observing an approaching ambulance: the frequency of the sound waves it emits is higher when it approaches and lower when it drives away. To employ this method in the measurement of astronomical objects, astrophysicists deconstruct the light of those objects into a variety of wavelengths – a "spectre" – which they then closely study. By comparing the results of this study with theoretical values, we can assess the velocity of a desired object.

Another spectacular example is long distance measurement of astronomical objects' temperature. We do it through detailed analysis of the above mentioned spectre. We can measure the temperature of both cold clouds (around -250 degrees Celsius) and hot gas (over 1,000,000 degrees Celsius).

Other properties of astronomical objects that can be measured by analysing the light they emit are density, chemical composition, and magnetic fields.