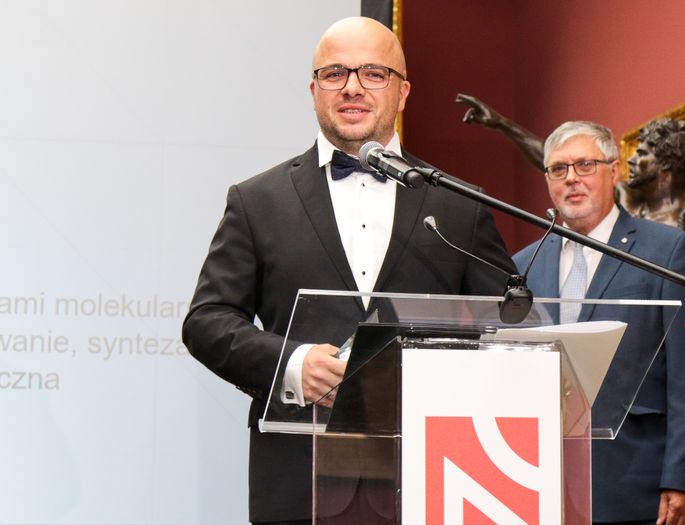 The European Research Council has announced the results of Consolidator Grant 2021 competition. The awarded researchers include Dr hab. Dawid Pinkowicz, Prof. UJ from the Jagiellonian University Faculty of Chemistry, who has received a grant worth over 1.7 million euros for the project aimed to produce unique molecular photomagnets.

Since 2008, the European Research Council (ERC) has been awarding grants for ground-breaking research conducted in the European Union member states and associated countries. The ERC consolidator grant has been addressed to researchers who have obtained their PhD degree 7-12 years ago, have published at least several important papers without the participation of their PhD supervisor and can demonstrate a promising track record of early achievements, such as significant publications in major international peer-reviewed multidisciplinary research journals, presentations at well-established international conferences, as well as granted patents, awards, or prizes. The maximum grant value is 2 million euros for a 5-year-long project.

'Visible light provided by the Sun is the cleanest energy source one could ever imagine. Harvesting it is crucial for further development of science and technology as well as for reducing the ecological footprint of humanity. The direct photoexcitation of molecules resulting in a dramatic magnetization change - the so called photomagnetic effect - is one of them. In other words, sunlight photons could write, read and erase magnetic states of photomagnets, which is why this effect is so unique and has a number of possible applications', explains Prof. Pinkowicz.

'The photomagnetic effect can be found in the so-called molecular photomagnets, first discovered in 1996. It only occurs under extremely low temperatures, below the boiling point of nitrogen (-196 °C), which effectively makes it impossible to use. Hence, the overarching goal of LUX-INVENTA is the discovery of room temperature photomagnets and investigating the way in which they work. This will lead to a research breakthrough in the area of photomagnets and pave the way towards their use in everyday life', adds the scientist.

Dawid Pinkowicz (born in 1983) holds the associate professor's position at the Jagiellonian University Faculty of Chemistry since 2018. His research interests revolve around photomagnetism, photoswitching and magneto-chiral phenomena in a wide range of molecule-based materials: from organic radicals through organometallic lanthanide single-molecule magnets and cyanide-bridged coordination polymers with long-range magnetic ordering. He obtained his PhD degree from the Jagiellonian University in 2010 under the supervision of Prof. Barbara Sieklucka, along with the European Doctorate in Molecular Magnetism thanks to his stay at the Laboratory of Molecular Magnetism (University of Florence, Italy) under the supervision of Prof. Andrea Caneschi. After obtaining his PhD, he moved to the Tohoku University (supervisor: Prof. Masahiro Yamashita) and then to Texas A&M University (supervisor: Prof. Kim R. Dunbar), where he spent 1.5 years conducting research related to molecular sciences. He received several awards including Marie Skłodowska-Curie Fellowship and the National Science Centre Award in 2019 for the best young scientist under 40 in the field of physical sciences and engineering. Currently he is supervising several talented PhD candidates and students within his research group and organizing a new Magnetochemistry Laboratory at the Jagiellonian University.