How best to use the placebo effect in therapy? 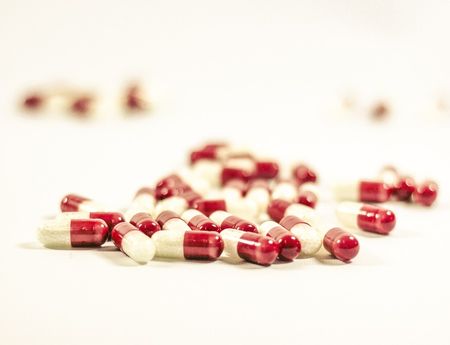 The international, pioneer project PANACEA has received funding within the framework of the Erasmus+ programme. Its aim is to increase the level of knowledge about the nature of placebo and nocebo effects amongst medical students, researchers and health care professionals. The Jagiellonian University, one of the participants of the project, is represented by Prof. Przemysław Bąbel, Director of the JU Institute of Psychology and head of the Pain Research Group.

The placebo effect is very well described in scientific literature. Simply put, it consists in alleviation or nullification of symptoms of an illness after ingesting a substance designed to have no therapeutic value, such as a sugar pill, based upon a false belief that it is a drug. The nocebo effect is the opposite, and involves inducing illness or exacerbating its symptoms by administering a benign substance. The PANACEA project was brought to life to gain a better understanding of how best to use the placebo effect in therapy and how to avoid the nocebo effect. The project will result in a series of guidelines and recommendations relevant to these issues. Additionally, training programmes based on this research could be introduced to higher education institution curricula across Europe.

‘The placebo effect is caused by a series of psychological and neurobiological mechanisms. Both effects can occur during treatment, affecting the outcome. In this context, the nocebo effect is particularly important, as it can diminish or even outright negate the effects of a usually effective drug, or at least lead to some unforeseen negative side effects. Both effects are impacted by the patients’ knowledge, their expectations and needs, environment and clinical context, relationship with their doctor as well as the medical professionals’ knowledge and expectations’, said Prof. Przemysław Bąbel, who specialises in research on the placebo and nocebo effects.

Large scale surveys show that as many as 95% percent of primary care physicians prescribe placebos to their patients. However, they often do it without a deeper understanding of the phenomenon and its long-term consequences. One of them are the increasing levels of antibiotic resistance in viruses, as doctors prescribe antibiotics for illnesses such as cold or the flu, i.e. in cases where they are placebos. Understanding the mechanisms that govern the placebo and nocebo effects may bring many positive changes in clinical practice, such as increasing the effectiveness of a drug. The placebo effect can prove to be a useful tool when there are no viable ways to treat a disease. At the same time, the negative impact of the nocebo effect may be diminished by performing certain actions.

‘As part of the project, we want to train current and future health care professionals to make them more aware of how and when they can use placebo-based treatment. Ethics is a key issue here. Patients should not be deceived as to the nature of their treatment. Fortunately, placebos work even if patients know they’re taking them.. We also need to know how to avoid the nocebo effect or minimise its impact. The use of placebos should be based on solid scientific base, hence the need for education in this regard’, said Prof. Przemysław Bąbel.

The PANACEA project may become a strong factor in European medical, educational and research endeavours. This will effectively create a new career opportunities for students, young doctors, researchers and health care staff, who will be able to provide patients with reliable knowledge about the placebo and nocebo effects. International collaboration will lead to creation of new guidelines and good practices in clinical medicine in Europe.

The PANACEA project is coordinated by the University of Bologna. Other members include Leiden University, Catholic University of Leuven, University of Madrid, Jagiellonian University, European Pain Federation and RE2N. The project’s partners include Una Europa, Italian Society of General Medicine, Society for Interdisciplinary Placebo Studies and College of Family Physicians in Poland.