The natural world is full of sounds: from the buzzing of bumble bees to the murmur of streams and the whistling of wind. Each of them provides us with important information, for instance, about a source of water, an impending danger, or an upcoming change in weather. And what about plants? Are they able to listen to the world around them? If so, where do they have ears? Dr Paweł Jedynak from the JU Department of Physiology and Plant Biochemistry gives us some insight into plant polyphony.

Actually, sounds are vibrations of a transmission medium (such as air). We are unable to hear infrasounds, which vibrate too slowly, that is, with a frequency lower than about 16-20 cycles per second (Hz), nor can we hear ultrasounds, whose frequency is higher than 20 thousand Hz. Having ears isn’t necessary to experience the power of sound, as it can also be felt. Sounds cause the body to vibrate at a certain frequency, which has sometimes been used, for instance, by builders of church organs, whose additional pipes emit infrasounds permeating human organs, aimed to evoke a sense of incredibility in the listener. This very way of experiencing vibrations allows insects to do without ears. Snakes also “hear” the environment through vibrations in their jaw. Is this also the case of plants?

No eating without buzzing

Sounds also cause cell vibrations, which is the key to understanding the secret of plant “hearing”. Vibrations tighten and relax minute parts of plant bodies, stimulating mechanoreceptors, that is, receptors sensitive to touch and stress. Their irritation sets off a cascade of electric and chemical signals – cells communicate with each other, release hormones and activate or disactivate various genes. This, in turn, has an impact on the plant’s growth and development. 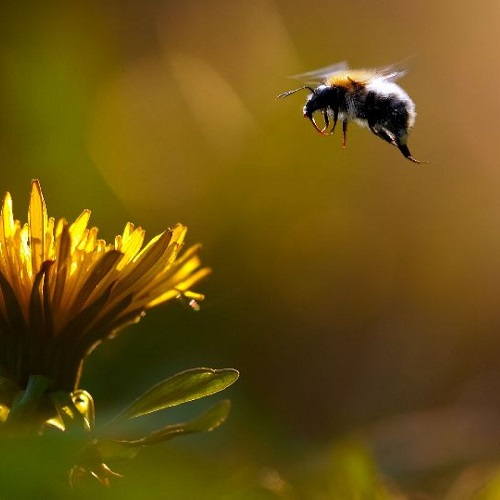 A spectacular example of this phenomenon is the stimulation of the growth of roots towards sound at the frequency of 200-300 Hz, which is typical of the vibrations caused by water flowing underground. Such sounds also stimulate seeds to sprout. Thus, the ability to “hear” allows plants to meet their basic living needs, such as having access to water.

Another deadly threat is posed by hungry insects. To protect themselves, plants react to vibrations caused by the bugs gnawing at leaves by producing increased amounts of toxic substances. Listening to the buzzing of bees also pays off. When these pollinators are nearby, sugar content in evening primrose nectar rises to 20 percent in just 5 minutes. This way, flowers can better attract the selected, most effective, pollinators.

The evolutionary tightening of bonds between a pollinator and a plant has also led to the development of the so-called buzz pollination – bees can only get highly nutritious nectar from thecae only after causing them to vibrate at a certain frequency. This is, for instance, the case of tomatoes.

Music to your ears

Once in a while there are media reports about research aimed at accelerating plant growth by playing certain kinds of music. They should be treated with caution, partially because their results are often contradictory. Some studies suggest that plants don’t particularly like Mozart, but would gladly listen to jazz or… Black Sabbath. Of course plants don’t have any aesthetic preferences – the only important factor is the frequency, which can indeed make a huge difference. For instance, 660 Hz can seriously inhibit the growth of pea and the so-called “white noise” can also have a negative impact on plant development.

Hearing through the grapevine

Are plants capable of making sounds themselves? Of course, old trees creak when wind moves their branches and leaves rustle in the wind, but the question is whether plants can independently produce sounds using water conducting bundles inside them. The changes in the amount of the flowing liquid can cause changes in pressure, leading to the emergence and disappearance of microscopic gas bubbles, known as cavitation. This process, occurring in plant stems leads to the emission of very loud (80dB) whistles and cracks, audible from as far as several metres away. So forests and meadows are in fact really loud places, although we usually perceive them as oases of peace and quiet in our noisy world. This is because of our inability to hear these (ultra)sounds, whose frequency can even reach 100,000 Hz. The number of plants’ whistles increases during draught and under stress, or when the stem gets cut or broken off.

What is even more puzzling is the “clicking” of roots, first observed in corn. These sounds can be detected with laser Doppler vibrometers, but their nature remains a mystery. It’s suspected that they are produced in plant cells by myosins (motor proteins, which are also responsible for the movement of our muscles). Why do plants make such sounds? It should be remembered that they lead a very rich underground life, using chemicals to communicate with fungi, bacteria, and other plants. What’s more, roots can somehow recognise whether they are part of an individual plant or different plants of the same species – this isn’t an easy task, as plants reproduce vegetatively, producing several conjoined segments (e.g. bulbs), which then separate and start independent life. It can be suspected that such clicks are a sophisticated way of communication, but their specific purpose remains a mystery. One thing is certain – plants still have a lots of surprises in store for us. 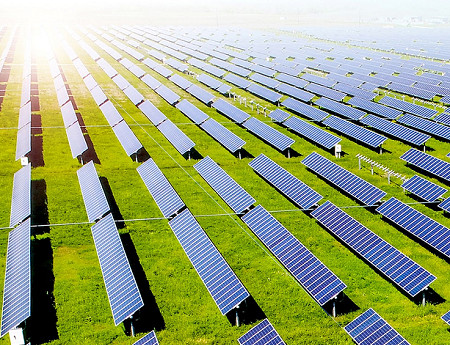