While the world is struggling with the coronavirus pandemic, few people in Europe realise that for more than a year East African countries have been struggling with another major disaster: a locust plague. The situation is unprecedented and very dangerous in the context of the political, social, and economic situation in the region. The challenges posed by the plague and its possible consequences are discussed by Dr Joanna Mormul from the Jagiellonian Centre for African Studies, JU.

The first swarms of desert locusts (Schistocerca gregaria) hit Somalia and Ethiopia in late June 2019, entering Africa from Yemen across the Red Sea. The problem has spread to more East African countries. After Somalia and Ethiopia, which are facing the worst locust plague in 25 years, the insects invaded Kenya, where they have caused the greatest damage since 70 years ago.

The locust plague has also spread to Uganda and South Sudan, and threatened Tanzania, Eritrea, Djibouti and Sudan. The United Nations has assessed the situation as ‘unprecedented’ and in January 2020 its Food and Agriculture Organisation (FAO) estimated that containing the plague will require spending 76 million dollars, later recalculated to 138 million. The UN have appealed to the international community for financial support, but only about a quarter of this sum has been collected so far. 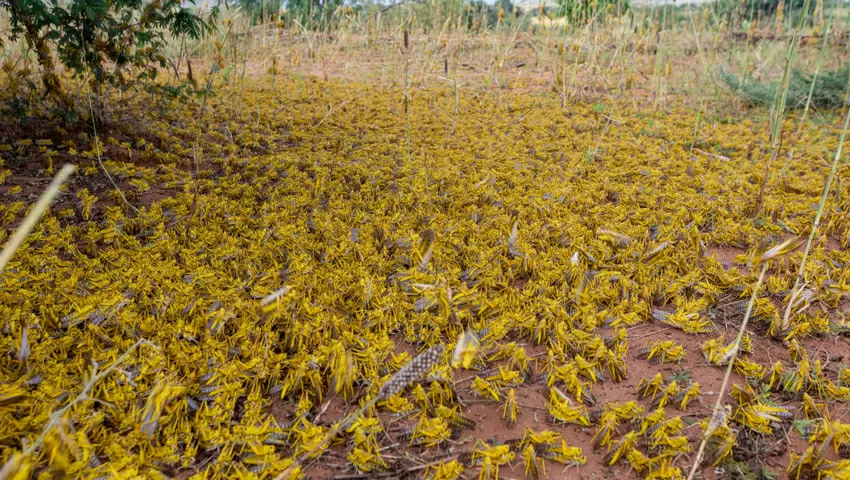 At the moment, aerial spraying with pesticides seems to be the only effective way of fighting locusts, and the obtained funds will be used for that purpose, along with helping farmers who have lost their livelihood. The local and national authorities in the region seem to be totally helpless in the face of the speed with which the insects multiply and migrate – one female desert locust can lay up to 300 eggs and a swarm, which may consist of millions of insects, can cover a distance of up to 150 kilometres per day. The early estimates suggest that by June 2020 the locust population in East Africa will have increased even 500 times.

In terms of weather, the year 2019 was particularly hard for East Africa, especially the Horn of Africa subregion (Ethiopia, Eritrea, Somalia, and Djibouti) as well as Kenya and South Sudan. Disastrous draughts were flowed by torrential rains, which led to floods. Humid environment and warm climate provide perfect conditions for locust breeding and development. The especially heavy rainfalls in the region have been related to the phenomenon known as the Indian Ocean Dipole - the surface temperature oscillation between its Western and Eastern part. The ongoing climate change suggests that such locust infestations will become more and more common. 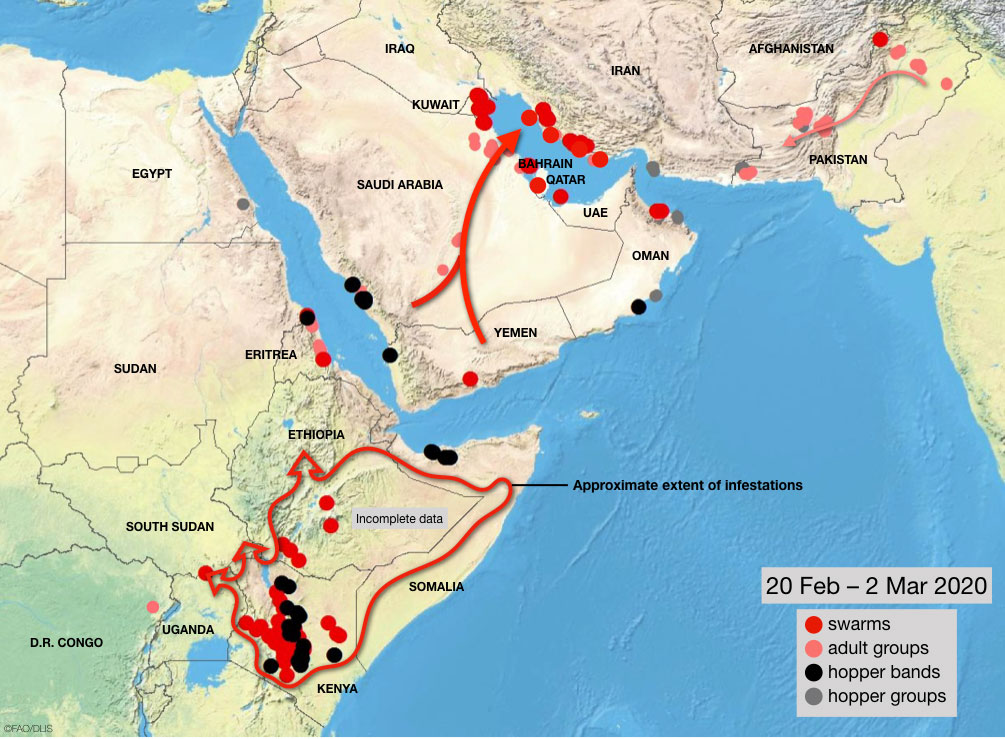 Locusts devour almost everything they find on their way: fruit, vegetables, pulses, legumes, cereals, harvested grain, as well as tree and bush foliage. Desert locust swarms can destroy from 80 to 100 percent of plants they encounter. The FAO experts predict that the current outbreak will lead to the decline in food security in the region, which may even result in famine. At the moment, only in the Horn of Africa, 13 million people suffer from food shortages, and a further 20 million will be at risk if the ongoing plague isn’t stopped.

The possible consequences of the locust infestation include an economic slowdown, outbreak of communal conflicts, mainly over access to grazing lands, as well as the loss of livelihood by tens of thousands of small farmers and their families. This, in turn, may lead to an increase in the number of internally displaced persons (IDPs). The situation can also harm herbivorous mammals inhabiting the region’s national parks, as well as predators which hunt them. The problem has especially affected Kenya, where national parks are among the main tourist attractions. The flying swarms of locusts can also pose a threat to aviation. In January 2020 a gigantic swarm of locusts forced an Ethiopian Airlines plane to change its course.

The World Food Programme (WFP) is estimating that helping countries hit by the plague can cost even a billion dollars. The last catastrophic locust outbreak of 2003-2005 affected 20 North and West African countries and had disastrous consequences. 400 million dollars was spent to combat the plague, and the losses were estimated at 2.5 million dollars. Mauretania was the worst hit country, losing half of its crops to locusts.

Although East African states managed to take certain precautions, the scale of the problem surpassed their financial and infrastructural capabilities. The experiences from fighting such insect pests as African armyworm (Spodoptera exempta) and tomato leafminer (Tuta absoluta) proved to be of little use. What makes things worse, the countries infested by locusts are struggling with a number of internal problems. Some of them, for instance Somalia and South Sudan, have very weak state institutions and are generally considered highly dysfunctional.

For now, pesticide spraying, preferably from the air, has been the only method of fighting locusts with proven effectiveness. In January 2020 Kenya and Ethiopia started using aerial spraying, but the vastness of the affected area and the remoteness of some of its parts might limit the efficacy of these actions. Due to the lack of proper aircraft, Uganda deployed two thousand soldiers who began spraying the affected areas from the ground. In late February, the Desert Locust Control Organisation for East Africa (DLCO-EA, a regional body established in 1962) donated an agricultural crop dusting aircraft to Uganda. Yet, the application of pesticides raises environmental concerns, as these chemicals are harmful to other animals, including beneficial insects, and can contaminate soil and water, which poses a threat to both animals and human beings.

There are ongoing tests of using drones to fight locusts and the UN is involved in these projects. The unmanned aerial vehicles would be used to map the given area and predict the movement of locust swarms by observing vegetation. It is also possible to use drones for aerial spraying by fitting them with sufficiently small spraying devices.

Not only East Africa

Outside East Africa, the locusts have also been seen in the Democratic Republic of Congo (DRC), whereas in West Africa the previous experiences with plagues of these insects led to the adoption of some preventive measures. The small number of the insects which entered the DRC were spotted on the west bank of Lake Albert, next to the Ugandan border, in the vicinity of Bunya city, where locusts had previously been seen in 1944. In the local Nyoro language, Lake Albert is called mwitanzige, which means “locust killer”, due to the belief that the insects die when trying to cross its waters. 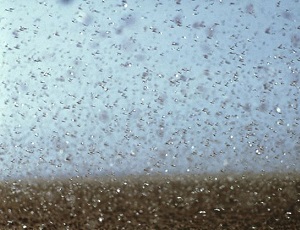