Dr Agata Dziuban announced a winner of a NORFACE call 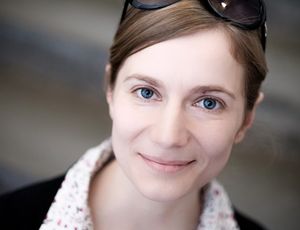 Dr Agata Dziuban from the JU Institute of Sociology has been awarded funding in the NORFACE (New Opportunities for Research Funding Agency Co-operation in Europe) call for proposals. The project entitled CrimScapes: Navigating citizenship through European landscapes of criminalisation will be realised in collaboration partners from Finland, France and Germany.

To be eligible for funding within the Democratic governance in a turbulent age call, projects were required to be composed of at least three research teams consisting of researchers from three or more different NORFACE countries participating in the call, namely: Austria, Belgium, the Czech Republic, Denmark, Estonia, Finland, France, Germany, Lithuania, Luxembourg, Ireland, The Netherlands, Norway, Poland, Slovenia, Spain, Sweden, Switzerland and the United Kingdom.

According to the National Science Centre, which is a member of NORFACE since 2012, the call has attracted 207 international applications. A grand total of 17.8 million euro was awarded to 14 projects, including four from Polish higher education institutions: Jagiellonian University, Polish Academy of Sciences Institute of Psychology, Adam Mickiewicz University in Poznań and Polish Academy of Sciences Institute of Economics.

The CrimScapes project explores the expanding application of criminal law, crime control measures, and imaginaries of (il)legality, and how these both respond to as well as produce the politics of threat and uncertainty currently expanding across the European region. The project employs secondary literature, as well as ethnographic field work to conceptualize the strategies, relations, and citizenship dynamics of the implicated actors.