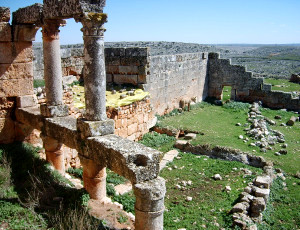 In an article published in Nature, an international team of researchers featuring Prof. Adam Izdebski from the JU Faculty of History presents a newly developed framework to address the challenges common to studies of the history of climate and society. By applying their framework, the team uncovers five pathways that helped pre-modern populations adapt to climate change.

As the signs of today’s human-caused climate change become ever more alarming, research into the ways past societies responded to natural climate changes is growing increasingly urgent. Scholars have often argued that climatic changes plunge communities into crisis and provide the conditions that lead societies to collapse, but a growing body of research shows that the impacts of climate change on past populations are rarely so straightforward.

In a new paper entitled Towards a Rigorous Understanding of Societal Responses to Climate Change published in Nature, scholars in archaeology, geography, history and paleoclimatology present a framework for research into what they term ‘the History of Climate and Society’ (HCS). The framework uses a series of binary questions to address problems and biases common to HCS and requires researchers to consult or include scholars from a variety of scientific, social scientific and humanistic disciplines.

'We wanted to figure out why so much research in this area is focused on disaster and how we could encourage more research into the strategies that allowed past populations to cope with climate change', says Dagomar Degroot, associate professor of environmental history at Georgetown University and the study’s first author. 'With this framework we hope to help other researchers find more diverse connections between climate and society, which we hope will lead both to a more realistic understanding of the past and a better guide to the future'.

Using the newly developed framework, the researchers put together case studies of societies that adapted to two of the most frequently studied periods of climate change: the Late Antique Little Ice Age of the sixth century and the Little Ice Age of the thirteenth to nineteenth centuries. Although both of these periods imposed hardships on many communities, the case studies revealed that populations adapted by exploiting new opportunities, relying on resilient energy systems, drawing on resources provided by trade, responding effectively to disaster, or by migrating to new environments.

One example of this resilience can be seen in societal responses to climate change in the Eastern Mediterranean under Roman rule. Environmental reconstructions using lake sediments, speleothems and other proxy data show increased winter precipitation beginning in the fifth century and continuing through the Late Antique Little Ice Age. Pollen data and archaeological surface surveys reveal that cereal agriculture and pastoral activities thrived as a result of the increased rainfall, with many settlements increasing in density and area. Regional economic practices allowed goods to circulate between communities easily, bringing the benefits of increased agricultural production to consumers. Meanwhile, elites invested in market-oriented agriculture and financed the construction of dams and other infrastructure that allowed farmers to manage water more effectively. 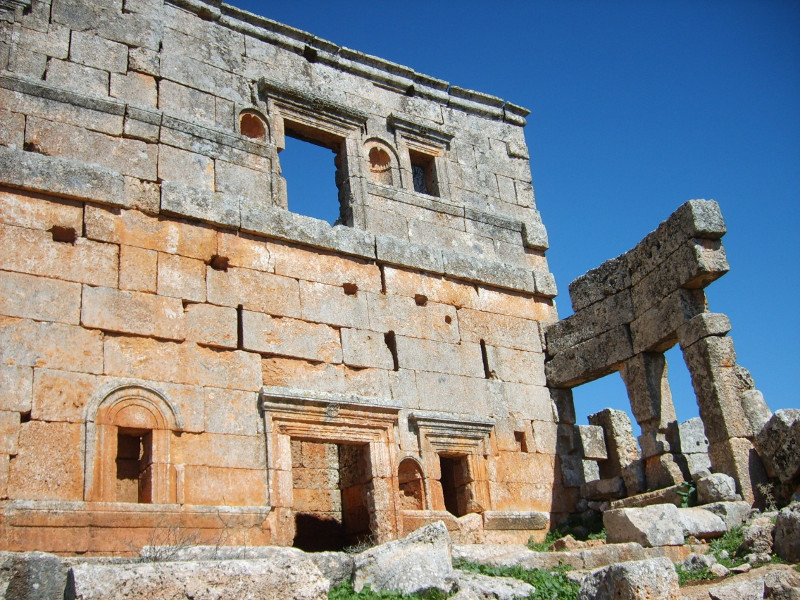 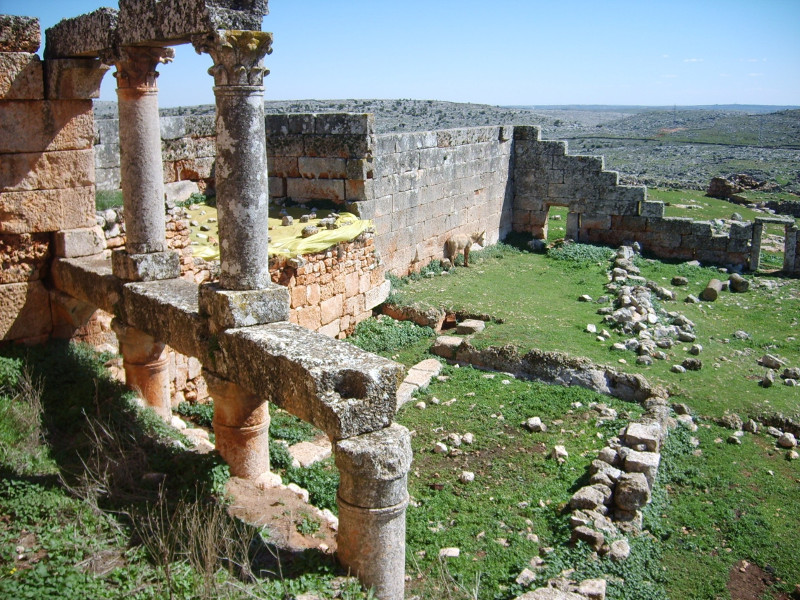 Ruins of late antique villages in the Limestone Massif in Syria: rural settlements in the Roman and Sassanian Near East expanded during the Late Antique Little Ice Age. Photograph by Artur Rodziewicz

'The success story of the late Roman Eastern Mediterranean demonstrates that adverse climatic conditions do not necessarily lead to collapse or social hardship. This well-organised and resourceful society was capable of adapting and exploiting the new opportunities', says Adam Izdebski from the Jagiellonian University and the Max Planck Institute for the Science of Human History. 'Of course, with the increasing dryness predicted in this part of the world in the 21st century, the adaptation measures required today should be both different and much more ambitious, which further underlines the need to cut CO2 emissions on a massive scale as quickly as possible'.

Although the changes in climate faced by past societies were smaller in magnitude than the changes we now face, these case studies show that communities and societies often adapted and persisted through periods of climatic variability. With a research framework that accounts for the heterogeneous effects of past climate changes and the challenges of interpreting historical sources, the authors hope that future studies into the History of Climate and Society will identify previously overlooked examples of resilience in the past and aid efforts to adapt to the unprecedented global warming that faces societies today. 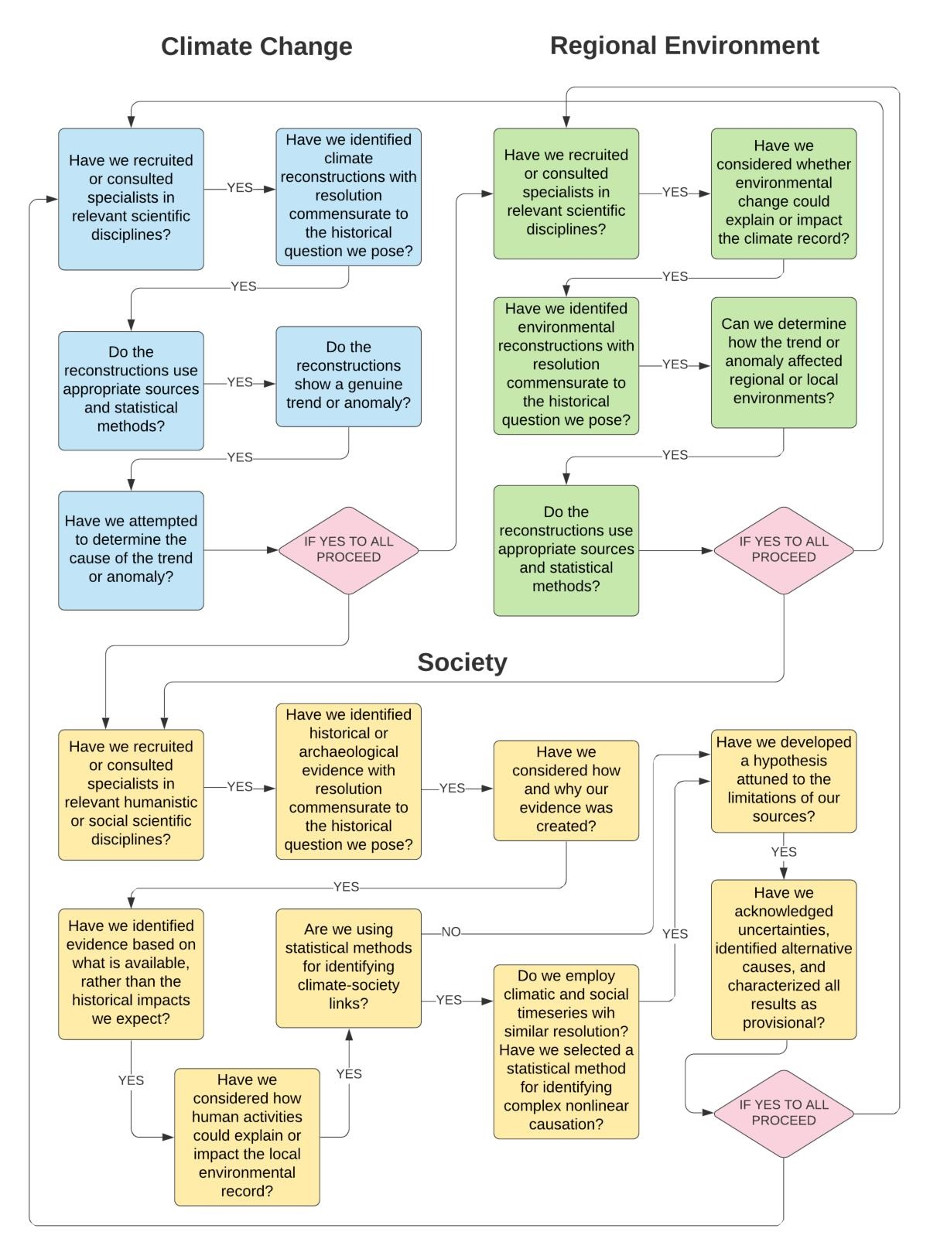 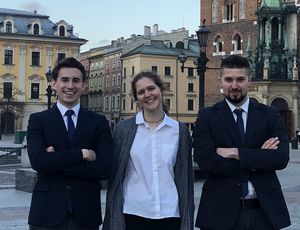 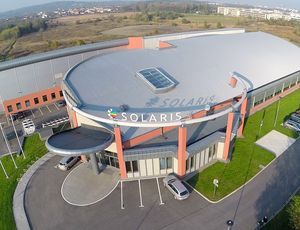