2022: The Year of Ignacy Łukasiewicz in Poland 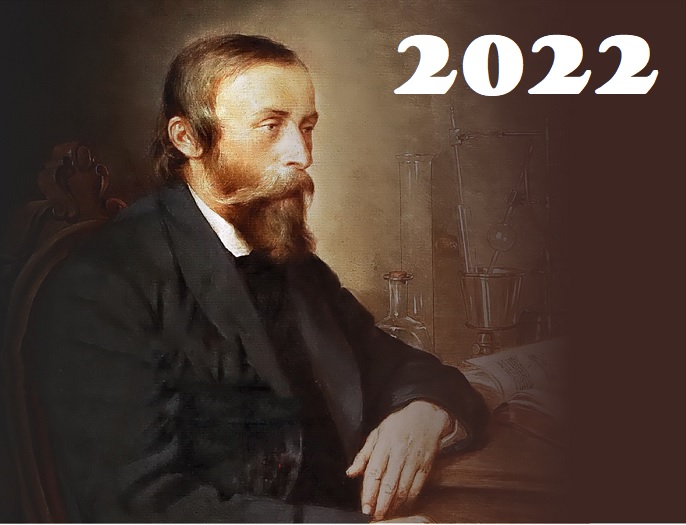 2022 marks the 200th anniversary of the birth of Ignacy Łukasiewicz, Polish pharmacist, philanthropist and entrepreneur, the inventor of the paraffin lamp and a worldwide pioneer of petroleum industry. In the following article, Maria Pawłowska from the JU Faculty of Physics, Astronomy and Applied Computer Science presents a short biography of this important figure in Polish history.

Ignacy Łukasiewicz was born in Zaduszniki, a small settlement in southeast Poland, where his parents moved from the Russian partition after the failure of the Kościuszko Uprising, fearing persecution by Okhrana, the tzar’s secret police force. Łukasiewicz and his four elder siblings were educated by an ex-colonel of the Polish Army, A. Woysym-Antoniewicz. Ignacy finished his elementary education in 1832 and began attending a school run by the Piarists order in Rzeszów (today the capital of the Podkarpackie,/span> voivodeship). After his father’s sudden death, he was forced to drop out of school and seek employment. In 1836, he started working as a pharmacists assistant in the nearby town of Łańcut. In 1840, he successfully passed an exam to become a pharmacist himself, and started working at Edward Hübel’s pharmacy in Rzeszów.

In his youth, Ignacy Łukasiewicz was actively involved in movements that promoted the restoration of Polish sovereignty. On 19 February 1846, he was accused of participating in the preparations for a national uprising and subsequently imprisoned: first in Rzeszów, later in Lwów, where he was held until 22 December 1847. After his release, he was placed under police supervision and prohibited from leaving the city. He started working in Lwów’s most famous pharmacy, the Golden Star, owned by Piotr Mikolasch, where he further increased his knowledge of medicine. Thanks to Mikolasch’s support, he was able to attend the Jagiellonian University, where he spent three semesters before finally receiving his Master’s degree in 1852 at the University of Vienna. During his stay in Kraków, however, he visited Wieliczka Salt Mine, where he has first observed the flammability of petroleum.

After returning to the Golden Star in Lwów, Łukasiewicz began investigating the properties of petroleum with another pharmacist, Jan Zech, in order to discover if it has any medical application. After many tries, at the turn of 1852 and 1853, they finally managed to produce paraffin, which proved to be a safe combustible substance. Łukasiewicz then designed a lamp of his invention, which was later made by local tinsmith Adam Bratkowski. It is said that the lamp was shinign light upon the signboard of the Golden Star as early as 1953, but a night-time surgery in one of Lwów’s hospitals was definitely a more important moment in its history. 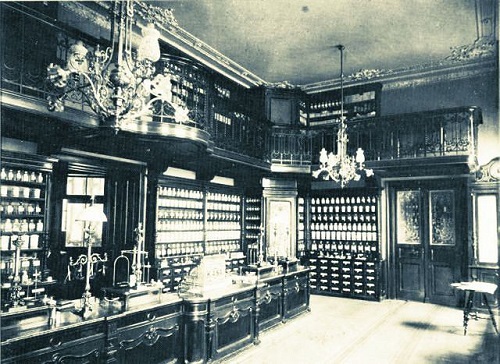 The purchase of paraffin by the hospital was a first transaction of this kind in this region of Europe, and the date of the procedure – 31 July 1853 – is thought of as the beginning of petroleum industry in Poland. Łukasiewicz is reported to have said: ‘Petroleum is the future of this country: prosperity and well-being for its citizens, a source of income for the poor and a new branch of industry that will bear plentiful fruit’. On 2 December 1853, Łukasiewicz and Zech patented their invention in Vienna.

Łukasiewicz’s design was constantly improved upon: there were projects of  standing lamps, hanging lamps, sconces, specialist lamps for mining and motor industries. It is worth to note that paraffin lamps were used until the beginning of the 20th century; indeed, in some parts of the Polish countryside, they were still used in the 1960s.

Afterwards, Łukasiewicz left Lwów and settled back in what is now the Podkarpackie voivodeship. In 1854, he established the first Polish petroleum company and world’s first industrial petroleum mine (similar mines sprung up in Romania in 1857 and in the US in 1859) together with Tytus Trzecielski and Karol Klobassa-Zręcki in Bóbrka near Krosno. At first, they extracted petroleum from shallow ditches which yielded several dozen litres of the substance per day. Later, workers dug deep wells reinforced with wood: they were called ‘Franek’, ‘Małgorzata’, ‘Janina’ and ‘Wojciech’. As wells became deeper, workers started using drills: in the beginning, they were manually operated, but soon they moved on to steam engines.

Łukasiewicz concentrated most of his efforts on the development of petroleum processing industry. In 1856, he moved again, this time to Jasło, where he leased two pharmacies and invested the money he made into a processing plant in Ulaszowice. He then built another one together with the Zieliński brothers. This one was located in Klęczany near Nowy Sącz and was very productive, as it sent its products to Budapest, Vienna, Prague and even Berlin. Unfortunately, Łukasiewicz suffered two great blows: the death of his only daughter and the fire in his processing plant in Ulaszowice. At first, he wanted to leave the area, but he was convinced otherwise by Tytus Trzecielski. His company built two more refineries: first in Polanka, second in Chorkówka in 1865. Aside from paraffin, his plants produced other substances such as grease, lubricating oil, and asphalt. Łukasiewicz was happy to offer his advice to entrepreneurs in the petroleum industry. It was then that his workers in Bóbrka struck a large deposit of petroleum, which prompted the establishment of modern, efficient enterprises that used the latest technological achievements. To promote the safety of employees, drinking of alcohol was entirely prohibited. Miners working in particularly difficult conditions received a bonus to their salaries, and the most skilled drillers were rewarded for their competencies. Thanks to the newly established insurance companies, for the first time in Europe workers and their families were provided with medical care and financial assistance and, after 20 years of labour, also pension. After the discovery of mineral springs, a small spa facility was established in Bóbrka. 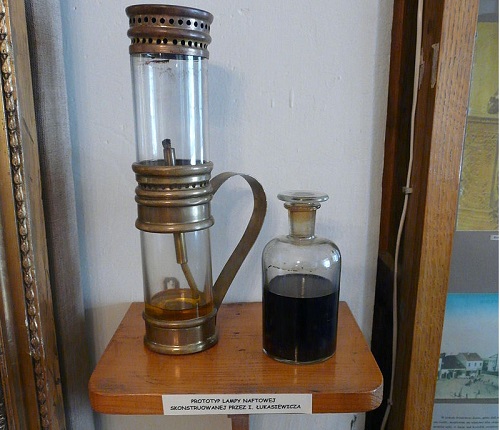 The 1860s were marked by a booming development of petroleum industry in the region, with new oil wells being opened, refineries expanded, and the search for more petroleum deposits well underway. In 1877, Łukasiewicz organised a congress on petroleum industry, and became the driving force behind the Petroleum Association for Protection and Development of Petroleum Industry and Mining, of which he was the president in the years 1881–1882. His products were presented on exhibitions both in Poland (Jasło, Lwów) and abroad (Vienna, 1873).

Łukasiewicz was also active in the regional government, going so far as becoming a member of parliament, were he worked closely on legislation related to petroleum industry. He strived to increase the level of literacy and worked towards better organisation of early and professional education. He supported movements that advocated for liberty and funded many public buildings: schools, churches, hospitals, boarding houses, roads and bridges. He provided local monasteries, churches and hospitals with free lamps and paraffin. Because of his philanthropic activities, he was commonly known as ‘father Ignacy’.

In 1873, he was awarded with the title of papal chamberlain and received the Order of St. Gregory the Great. Five years later, on the 25th anniversary of the establishment of Polish petroleum industry, he was presented with the Order of the Iron Crown, Third Class.

Ignacy Łukasiewicz died of pneumonia in Chorkówka on 7 January 1882. He was buried in Zręcin. His life’s work commemorated by the establishment of Museum of Oil and Gas Industry in Bóbrka as well as countless school and street names in Poland, stamps, coins and medals.