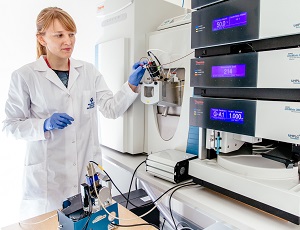 Despite the fact that it has only been in operation for several months, MCB had already undertaken several key research projects: 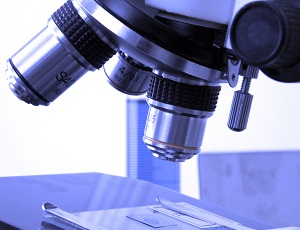 Scientists from the Malopolska Centre of Biotechnology collaborate with various domestic and international research centres. The Malopolska Centre of Biotechnology signed cooperation agreements with Max Planck Gesellschaft in Germany (the research team is formed by MPG at MCB), Centre National de la Recherche Scientifique in France (the agreement allows for the financing of research at MCB laboratory), Kyoto University in Japan, and the National Institute of Agrobiological Sciences (NIAS) Tsukuba in Japan. Negotiations are in progress for a cooperation agreement with Oxford University.

Prof. Kazimierz Strzałka – Head of the Małopolska Centre of Biotechnology and President of the Council of Małopolska Centre of Biotechnology at the Organisation Phase. The originator of the Małopolska Centre of Biotechnology project, Prof. Strzałka works at the Faculty of Biochemistry, Biophysics and Biotechnology of the Jagiellonian University. Prof. Strzałka's scientific interests revolve around issues related to biochemistry, biophysics and molecular biology of the photosynthesis process. Several of his scientific achievements concern the transport of protein into plastids, where it was proven that particular types of plastids differ in terms of the ability to transport various types of chloroplast proteins. Prof. Strzałka was the first scientist to describe the existence of a new enzyme family whose activity is dependent on the presence of lipids creating a reversed hexagonal phase. Many scholars from various faculties of the Jagiellonian University are involved in the MCB research.

Prof. Adam Dubin – one of the scientists most closely involved in establishing the Centre, the Vice-President of the Council of Malopolska Centre of Biotechnology at the Organisation Phase, professor of biochemistry, the Head of the Department of Analytical Biochemistry at the Faculty of Biochemistry, Biophysics and Biotechnology of the Jagiellonian University. He is an expert in enzymology and protein chemistry. His main scientific research interests are correlations between the structure and function of enzymes and inhibitors (mainly of bacterial origin), as well as applications of antibacterial peptides as potential broad-spectrum antibiotics. The characterisation of staphostatin and hemocidin families is a major achievement of the research group led by Prof. Dubin. He is also the founder of the biotechnological company BioCentrum, a member of the scientific board of the company Selvita (since 2008), and a member of the supervisory boards of the biotechnological companies Mabion (2010–2011) and Selvita (since 2011).

Prof. Zbigniew Miszalski – the first researcher holding the title of professor employed at the Malopolska Centre of Biotechnology. His scientific interests include studies on the impact of SO2, heavy metals, ozone and salt stress on the process of photosynthesis at the single organism, cell organelle, and molecular levels. Prof. Miszalski's most important scientific achievements include: confirming the impact of environmental pollution on the efficiency of the antioxidative system in arable crops and mycorrhizal fungi, as well as demonstrating a strict correlation between type of photosynthetic metabolism and resistance to pathogens. He is currently conducting studies aimed at explaining metabolic links during C3-CAM transformation and proving the significance of these changes for C3 plants. The practical aspect of these studies should be emphasised, as they are applicable in the analysis of physiological changes observed in arable crops.

Research conducted in the MCB, which opened in May 2014, is more and more intense. Research results can already be discussed in 2015, with more to follow in the years to come.