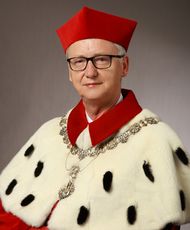 Over 200 publications, including more than 20 books (6 individual). His texts were translated into English, French, Italian and Spanish. He is the author of several plays including Doktor Korczak, which was staged in a few Japanese cities, including Tokyo.

Lectures, seminars and classes on the history of theatre and drama in Poland at the Jagiellonian University (since 1977) and the AST National Academy of Theatre Arts in Kraków (1978-2020)
Previously, lectures on the history of theatre in the Academy of Fine Arts in Kraków (Scenography) and Cracow University of Technology (Architecture)
Main supervisor of over 100 Master theses in Polish Studies and Arts
Main supervisor of 9 PhD theses, reviewer in 7 habilitation procedures and 24 PhD procedures as well as honorary doctorate and professorial procedures