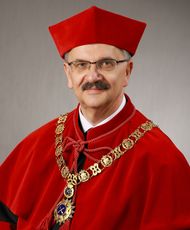 Employment at the JU

Employment outside the JU

Author or co-author of 7 books, 80 articles and chapters, academic editor of 16 joint publications